Do you have an inflamed brain? How to tell and what to do 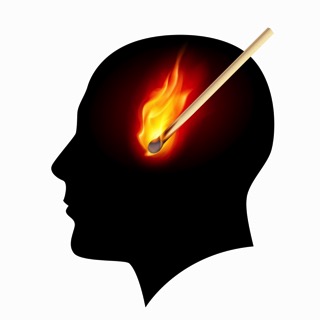 When most people think of inflammation they think of arthritic joints, or maybe a sprained ankle. But did you know your brain can become inflamed, too?

The problem is an inflamed brain won't hurt. Instead you should look for other symptoms of brain inflammation. These include brain fog, slow thinking, fatigue, and  depression.

Brain fog is a hallmark symptom of brain inflammation. The inflammation slows down communication between neurons. This is what causes you to feel foggy, dull, and slow.

A common cause of brain inflammation is head injury. Injuries cause immune cells to turn on in order to begin the healing process. But unlike immune cells in the body, the brain's immune cells do not turn off. This means brain inflammation can continue to be a problem long after the injury. This is one reason football players have high rates of the chronic degenerative brain disease called  chronic traumatic encephalopathy.

Other common causes of brain inflammation include chronic inflammation in the body, leaky gut, high blood sugar and diabetes, hormone imbalances,  hypothyroidism   food intolerances (gluten is a notorious brain inflamer), stress, and brain autoimmunity â€” a disorder in which the immune system erroneously attacks and damages brain tissue. It is more common than people realize.

Depression is a common symptom of brain inflammation (although different things can cause depression, depending on the person). Immune cells called cytokines that are created by inflammation impair brain function. Cytokines also hamper the activity of  serotonin, the "joy and well-being" brain chemical commonly linked with depression.

A good illustration of this is the fact that many patients given the anti-viral drug  interferon   which increases cytokine activity, develop depression. Conversely, many people who tame inflammation relieve  depression.

Brain inflammation is also increasingly being linked with dementia and  Alzheimer's disease. The inflammation both degenerates brain tissue and increases amyloid beta, the hallmark of Alzheimer's.

Take brain inflammation seriously to save your brain

If you have brain fog or other symptoms that suggest brain inflammation, this means your brain is degenerating (aging) too fast. Be proactive in saving your brain health:

Next: Think you don’t need a gallbladder? Think again