Defend yourself with antioxidants and glutathione 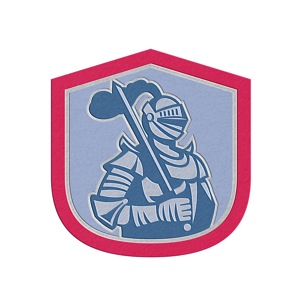 You've probably seen antioxidant labels on foods and supplements, but what does it mean exactly and what is the best antioxidant to choose?  Antioxidant  means it prevents oxidation, a process that happens to all cells in nature, including those in the human body. Oxidation happens when oxygen interacts with cells and it's what makes an apple turn brown, metal rust, or food go rotten. In the body oxidation is a normal part of cell turnover. However, a small minority of oxidized cells become problematic "free radicals" that set off a chain reaction of damage, causing cells to mutate and behave abnormally. Free radicals reach us through pesticides, air pollution, cigarette smoke, excess alcohol, sunburn, junk foods, etc.

The defense? Antioxidants. And our most powerful antioxidant is one the body makes called glutathione. To stay a step ahead of modern civilization we need to avoid free radicals as much as possible, eat an antioxidant-rich diet, and make sure our body is sufficient in glutathione.

The best source of antioxidants in the diet are colorful fresh fruits and vegetables. Since different plants contain different types of antioxidants, it's important to eat a wide variety. Many supplements are also geared toward shoring up your body's antioxidant supply.

Glutathione is such a powerful antioxidant it is called the  master antioxidant. Glutathione protects cells from free radicals, is important for detoxification, and supports immune health. Many people with autoimmune conditions find plenty of glutathione is necessary to prevent or dampen autoimmune flares.

When we are healthy, when life is mellow, and when we eat a whole foods organic diet and avoid the use of toxic products, our bodies make sufficient glutathione. However, chronic stress depletes glutathione levels. This stress can come from toxins, poor diet, lack of sleep, smoking, excess sugar, and other stressors. Glutathione levels also decrease naturally as a result of aging.

You can also raise glutathione levels inside the cells by taking certain precursor nutrients. This will help protect the cells' mitochondria, which produce energy. Recycling glutathione means taking glutathione that has already been used and rebuilding it so it's ready for action again. Good glutathione recycling will help you better manage an autoimmune disease and leaky gut.

The compounds that have been shown to support glutathione recycling include:

To learn more about how to increase your antioxidant and glutathione support, contact my office for advice.

Next: Nutritional support for getting and staying sober