Autism prevention begins before you conceive 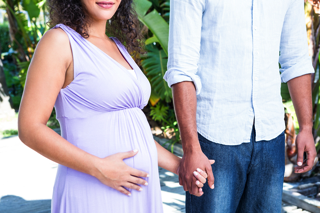 If you are planning to conceive a child, it’s worth paying attention to the factors that contribute to the autism spectrum disorders — science shows many of them begin preconception. Although autism prevention isn’t a guarantee, you can improve your future child’s chances of optimal neurological function by shoring up your own health prior to conception.

Studies show many cases of autism are the result of inflammatory mechanisms that begin in the womb and are heavily influenced by the mother’s immune health. Poor maternal immune status can also raise the risk of asthma, allergies, and other immune disorders in their children. In fact, many children with autism also present with other immune disorders.

For instance, a clearer connection exists between infections during pregnancy and autism risk. A review of 20 years of research showed that hospitalization for a viral infection such as flu during the first trimester tripled the odds for autism, while a bacterial infection, including urinary tract infections, during the second trimester increased the risk by 40 percent. This research shows us maternal immunity clearly affects the developing brain of the fetus.

It isn’t the virus or bacteria that cause autism, but the mother’s inflammatory response to the infection. This is a big clue that maternal inflammation plays a role in raising the risk neurological and immune issues such as autism in the child.

The good news about viral and bacterial infections is they have declined during the last 60 years. However, rates of autoimmune diseases and chronic inflammatory health disorders have been skyrocketing, affecting at least about 20 percent of the population. Autoimmune disease alone dwarfs cancer and heart disease combined.

This means many mothers are conceiving and carrying the fetus while in a chronic state of inflammation (older fathers and premature births also increase autism risk). Research shows this chronic maternal inflammation affects the immune and neurological health of their children while in utero. For mothers with autoimmunity they are not managing through functional neurology and functional medicine protocols, this means their unborn child is at a higher risk of developing autism.

In fact, one study of 700,000 births found that maternal rheumatoid arthritis, celiac disease, or Type 1 diabetes more than doubled the risk of autism in the child.

Another study showed a significant correlation between maternal autoimmune Hashimoto’s hypothyroidism and an increased risk of autism in her children.

Why does autoimmunity raise the risk of autism in the child? With autoimmunity, the immune system is in a hyper zealous and chronically inflamed state. It also produces immune cells called antibodies to tag tissues in the body to target them for attack and destruction.

Studies have found that some mothers create antibodies to the brain tissue of their fetus. This means the child is born with an immune system that is attacking and destroying their developing brain. This is what causes neurological and immune issues that present as autism spectrum disorders.

Research shows mothers of children with autism are five times more likely to have antibodies to their children’s brain in their blood.

Other maternal risk factors for autism in her child include allergies, insulin resistance, obesity, and chronic low-grade inflammation.

Modern diet and lifestyle behind inflammation and autoimmunity

So why are so many moms so inflamed these days? We have the familiar standbys of a modern industrialized society to thank: Unstable blood sugar from excess consumption of sugars and processed carbohydrates (breads, pasta, white rice, pastries, etc.); processed foods; chronic stress; overly sedentary lifestyle; and living in a sea of environmental toxins in our homes, body products, air, food (even organic), and water.

Thankfully, there are things you can do, including an autoimmune diet and the use of customized functional neurology and functional medicine protocols.

Ask my office how we can help you balance and improve your immune health to lower the risk of giving birth to a child with asthma, allergies, autism, or other brain and immune disorders.

Next: Is social pollution and workplace stress harming you?

Herbal remedies and supplements have been used for centuries to help manage the symptoms of PCOS. Some of the most commonly used herbs and supplements for PCOS include: Vitex agnus-castus (chasteberry): This herb is believed to balance hormones and regulate the menstrual cycle. It is often used to help alleviate symptoms such as irregular periods […] Read more