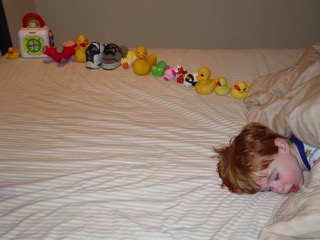 There was a time many people — who are not yet that old — can remember when autism was relatively uncommon. Today it’s so common special education classes have exploded in numbers many parents have a child on the autism spectrum. Although we’d like to blame increased diagnoses, the fact is overall childhood brain development disorders have been skyrocketing in the last two decades and now stand at a shocking 1 in 14 children. These disorders include autism spectrum disorder, an intellectual disability, or a developmental delay.

According to the National Health Center for Health Statistics (NCHS), rates of autism have been rising sharply:

For boys the most recent numbers are 1 in 28, which is three times higher than girls. This represents an almost 150 percent increase in less than a decade, yet the news has received little media attention.

Although awareness and diagnoses have improved to catch more children, especially girls who have long been neglected due to exhibiting different symptoms than boys, it’s hard to dismiss the surge in other childhood health disorders commonly related to autism:

What is causing so many brain and immune disorders in our children? A Harvard study found autism rates double among mothers exposed to high levels of fine-particulate air pollution in their third trimester. Maternal autoimmunity such as lupus has been shown to almost double the risk of autism in offspring. Mothers can also carry immune antibodies to brain tissue that then go on to target the brain of the fetus for attack, inhibiting proper brain development. Other factors such as older fathers, high IQ, and genetic history also play a role.

Studies link environmental toxins to reduced intelligence and increased brain problems in children beginning in utero, prompting researchers to call it a silent pandemic. Although we can’t change the world, we can reduce our exposure to toxic chemicals in the products we use and the foods we eat. We can also practice functional neurology protocols that reduce inflammation and help continually detoxify the body and buffer it from damage. Ask my office for more information.

Previous: How to talk to an overweight child about their weight