Beyond babymaking: Uterus and sex hormones vital to brain 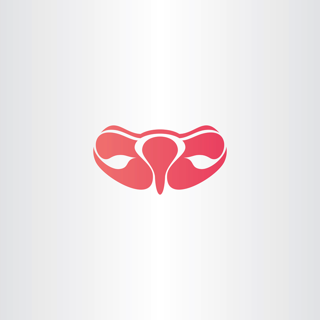 It has long been thought the uterus’ only role was for housing a developing fetus, however, new research shows that the uterus may also play a vital role in the brain’s working memory. In functional neurology and functional medicine, we know how important female hormones and all the organs are to proper brain health.

Six weeks after the surgery, the researchers trained the rats to go through a maze. Then they gradually modified the maze. The researchers were surprised to discover the rats who underwent removal of the uterus performed more poorly than the other three groups, all of which performed about equally.

The rats who only had the uterus removed also showed a different hormone profile compared to the other three groups.

This is because the ovaries make the reproductive hormones estrogen and progesterone, which are both vital to brain health.

As for the effect of a hysterectomy on brain function, the researchers cite the role of autonomic nervous system. We know the vagus nerve, a large nerve that connects the brain with the organs, plays a key role in the effect of diet and gut health on brain health. It stands to reason the back-and-forth communication between the uterus and the brain also affects brain health, especially if that communication is suddenly halted by removing the uterus.

This upends the conventional medical education that the uterus is a disposable organ with a “sole purpose.” The study’s authors remind us that nothing in the body acts in isolation, something we’ve long known in functional medicine and functional neurology.

The importance of the reproductive organs to the brain

Although an oophorectomy and/or hysterectomy may me medically necessary for conditions such as cancer, many oophorectomies and hysterectomies performed today are simply unnecessary and ignore the risks and side effects, which are severe for some women. Uterine fibroids, another common cause of hysterectomies, now have alternative treatments to removal.

Although women thankfully can use bioidentical hormone therapy to replace the loss of reproductive organ function in the case of ovary removal, an organ that communicates with the brain via the vagus nerve cannot be replaced when removed. However, functional neurology rehabilitation and vagus nerve exercises can help your brain compensate and find better function.

The importance of hormones to the brain

The female sex hormones estrogen and progesterone are vitally necessary to brain health. It’s important to use functional medicine strategies to balance your hormones for your brain’s sake.

Ask my office how functional neurology and functional medicine can help you protect your hormonal and brain health.

Next: Viruses trigger celiac disease and other autoimmunities