Brain inflammation shown to be higher in people with OCD 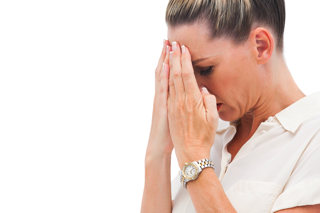 A recent study showed what functional neurologists have long since observed — obsessive compulsive disorder (OCD) is linked to brain inflammation. Imaging showed brain inflammation was more than 30 percent higher in subjects with OCD compared to the control group.

The study also found the greater the inflammation the more severe the stress and anxiety around avoiding the compulsive and repetitive rituals that characterize OCD.

Unfortunately, many people unwittingly inflame their brain on a regular basis and don’t know it. This can cause not only OCD, but also depression, anxiety, insomnia, brain fog, memory loss, fatigue, and even addiction. It also increases the risk of dementia.

Some sources of brain inflammation are obvious, such as head injury. Researchers also have discovered that mild and repetitive blows to the body, falls, crashes, and impacts can also inflame the brain, even if there is no direct injury to the head.

However, other sources of inflammation are well established in studies but don’t seem to be on the radar in the standard health care model. This is inflammation caused by food intolerances, blood sugar imbalances, chemical intolerances, hormone imbalances, leaky gut, poor gut bacteria health, and brain autoimmunity.

For instance, gluten intolerance is linked to numerous neurological disorders, including OCD, schizophrenia, and depression.

These everyday factors not only inflame the brain, they also make damage from head injuries more severe and recovery more difficult.

The OCD study is promising for options in the conventional medical model as drug treatments don’t work for about one-third of patients.

For most people, this begins with learning which foods cause an inflammatory response. For many people, gluten and dairy are the two most common culprits, but soy, corn, eggs, various grains, and other foods may trigger inflammation. The autoimmune paleo diet is a good place to start.

Likewise, people can develop an intolerance to chemicals, such as perfumes or plastics, that can trigger inflammation, and should minimize their exposure.

Another common area to address is stabilizing blood sugar that is either too low or too high. This usually means avoiding sugar, lowering carbohydrate consumption, and eating meals at regular intervals.

Repairing gut health is essential to dampen brain inflammation as the gut and the brain have close communication with one another. Damaged and inflamed intestines, bacterial and yeast infections, and not enough good gut bacteria are typical areas of concern.

Brain autoimmunity, in which the body’s immune system attacks and destroys brain tissue, has become increasingly common today and should be screened for with antibody testing.

Lastly, OCD can also arise because of developmental disconnects in the brain that began in infancy. Childhood brain development disorders are skyrocketing these days, and OCD is just one of many brain-based disorders that has its roots in childhood. OCD involves an area of the brain called the basal ganglia and its improper function and connection with other areas of the brain.

In functional neurology we can identify this disconnect and, along with dietary and lifestyle protocols, offer customized rehabilitative exercises to help improve function and dampen or turn off brain inflammation and OCD. Ask my office for more information.

Previous: Stress can cause PMS, menopause problems, and more