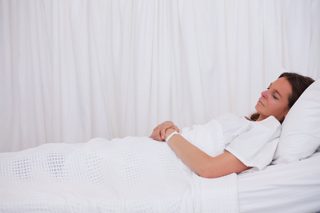 Other names for myalgic encephalopathy include “post-viral fatigue syndrome” and “chronic fatigue immune dysfunction syndrome.” These names illustrate the illness is real, not imagined, and can be triggered by an inflammatory event, typically a virus.

ME/CFS causes severe and chronic tiredness and affects as many as four million people in the United States.

Many people with chronic fatigue syndrome, a term coined in 1988, prefer you don’t call it that. They believe that name trivializes what is actually a debilitating condition. Many people joke they have “chronic fatigue” when they hear that term, unaware that many sufferers of ME/CFS are largely bedridden and barely able to function.

It doesn’t help that many medical doctors are skeptical the syndrome exists and blame it on patient hysteria. As such, many patients with ME/CFS do not receive a diagnosis or treatment — it’s estimated more than 90 percent of ME/CFS sufferers have not been formally diagnosed.

ME/CFS became established as a legitimate diagnosis in 2014 when the US government contracted the Institute of Medicine to review the scientific literature and define ME/CFS.

The new name is not without controversy, however, as retaining the “CFS” for chronic fatigue syndrome is at odds with what we know scientifically —ME has an identifiable viral trigger while CFS may not. CFS is diagnosed solely by symptoms.

Four times as many women than men are afflicted with ME/CFS and it usually hits them in their 40s and 50s. It creates the following symptoms:

A patient receives an ME/CFS diagnosis when all other possibilities — such as fibromyalgia, thyroid problems, anemia, Lyme disease, lupus, MS, hepatitis, sleep disorders, and depression — have been ruled out.

In functional neurology we address underlying brain and health imbalances use brain rehabilitation therapies that can help the brain recover.

Previous: Is Hashimoto’s causing your hypothyroidism?

Next: Diet soda raises risk of dementia and stroke