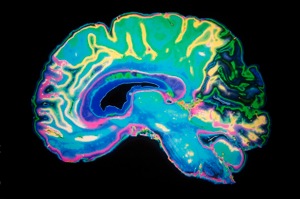 The numbers of people with dementia are expected to more than  double in 30 years  and outpace both heart disease and cancer in terms of cost. Because dementia can take root in the brain years or decades before symptoms appear, you can take action now to avoid becoming part of this skyrocketing statistic.

Today, nearly 15 percent of people aged 71 or older have dementiaâ€”almost 4 million people. Experts predict that number will more than double to 9 million people by 2040, costing the country more than $500 billion.

What's worse is these statistics do not include mild cognitive impairment (MCI), or "pre-dementia," which accounts for another 22 percent of people over 71.

How to lower your risk of dementia

Some experts say there is no way to prevent dementia, but studies show diet and lifestyle influence brain health. We can use that knowledge to lower the risk for dementia.

For instance, poor diet and lifestyle choices can cause  inflammation  throughout the body, which ultimately  inflames the brain  and accelerates the degeneration of brain tissue. It may cause symptoms such as brain fog or a gradual decline in cognition, but the average person will not connect this with an increased risk of dementia later in life.

The good news is you can slow the rate of brain degeneration and lower your risk of dementia with the following tips:

Previous: How to slow aging in less than five minutes a day

Next: Functional Medicine's Difference Between Type 1.5 and Type Two Diabetes