Fail a sobriety test while sober? Your brain is in trouble 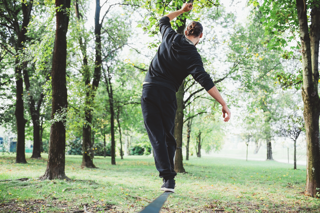 Even if you don’t drink or, heaven forbid, drive drunk, it’s still worth conducting a sobriety test on yourself while sober. This can give you valuable information about your brain health and your risk of developing a neurodegenerative disease such as dementia, Alzheimer’s, or Parkinson’s. This is because the sobriety test measures the function of your cerebellum, the area of the brain most commonly known for its role in balance and coordination. This area of the brain is most compromised while under the influence of alcohol. However, the cerebellum is also very vulnerable to the ravages of modern diets, stress, and lifestyles.

Poor cerebellum function does a lot more than compromise your balance. It also can raise anxiety, cause insomnia, make you sensitive to sound and light, accelerate degeneration of the rest of your brain, and skew your metabolic and hormonal function. The cerebellum is basically the gatekeeper of input to your brain. When its function starts to fail the brain becomes overwhelmed with excess sensory input. This keeps your brain and body in a state of red alert, or chronic stress.

Sobriety test exercises that can tell you whether you’re in trouble. If you fail your sobriety test while sober, the exercises used in the test can also help you improve your brain function and health.

One-leg stand test: Stand with your feet together and arms at your side. Keep your arms at your side during this test, do not raise them for balance. Raise one foot off the ground and hold it there while looking at it and counting slowly (one one thousand, two one thousand…).

Although it’s not part of the sobriety test, we recommend you first begin by simply standing heel to toe before trying to walk. Stand next to a wall or something you can grab in case you start to fall. Can you stand heel to toe with your eyes closed? How about on a piece of foam?

You should be able to perform this test smoothly and without wobbling, swaying, or tipping. If you can’t, this means your cerebellum is compromised and you need to practice this several times a day to slowly improve the health and function of your cerebellum.

Although it’s not part of the sobriety test, another way to test your cerebellum is to stand with your feet together and close your eyes. If you sway more to one side, it may indicate that side of your cerebellum is more compromised.

Other signs or poor cerebellum function include dizziness, nausea in cars or on boats, or nausea or dizziness when seeing things move swiftly such as in movies.

It’s common for people with cerebellar dysfunction to become easily nauseous or fatigued. Do not push your brain past its capacity by overdoing these exercises. Just a few minutes a few times a day should have you rapidly seeing improvement. If you start to feel nauseous or dizzy, simply stop and allow your brain to rest. Try the exercise for a shorter time next time. You want to exercise your neurons without overtaxing them.

Why good balance is so important for your brain

When the cerebellum loses function, it starts to fail at gating information to the rest of the brain, thus overloading the brain with more information than it can manage.

This causes symptoms such as:

Other signs of a damaged cerebellum include:

Is my cerebellum compromised?

Functional neurology and functional medicine offer ways to restore cerebellar function through diet, lifestyle, and customized brain rehabilitation exercises. For instance, the cerebellum is extremely vulnerable to a sensitivity to gluten, dairy, or other foods, but gluten especially. If you have poor cerebellar function, please ask my office about ways to determine if your diet is a factor in your rapid brain degeneration.

Also, please ask my office for information about how we can use functional neurology to identify your areas of compromised brain function and more targeted ways to improve brain health and lower your risk of dementia, Alzheimer’s, and other neurodegenerative diseases.

Previous: Statins raise diabetes risk; what to do instead of drugs

Next: How to support optimal stomach acid for good digestion