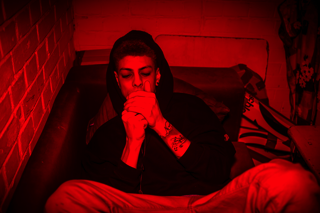 Two people are hospitalized for injuries. After about a month on opiate painkillers, one patient recovers from their injuries, stops taking the painkillers, and goes back to normal life. The other patient recovers from their injuries but can’t stop taking painkillers. Life is never normal again as a full-blown opiate addiction takes over. Why are some people seemingly at no risk for addiction while others are easily sucked into the vortex of dependency? Functional neurology offers some important insights and rehabilitation strategies to help people improve their chances of recovering from addiction.

The link may be explained in part by the personal and social struggles these disorders invite. However, scientists have also found a connection between the repetitive thinking and behavior associated with these brain-based disorders and the compulsions that drive drug addiction.

Drug use activates an area of the brain called the ventral area, which is involved in motivation, pleasure seeking, and impulsive behavior. However, when drug use turns into addiction, activity then moves to the dorsal striatum, which automates behavior into patterns triggered by cues. This is useful for learning but detrimental for turning compulsions into destructive habits.

Researchers believe people with brain-based disorders are more prone to getting stuck in repetitive patterns. Genetic and neurochemical predispositions in these populations also seem to line them up for an increased risk of addiction.

Sadly, the social challenges this population faces also creates neurological barriers to connecting with others in support groups commonly used for drug addiction. They may experience anxiety in anger in a situation where they are forced to share their emotions, which can be interpreted as defiance.

Although researchers say there have been no studies on how to address addiction in people with autism, ADHD, and other brain development disorders, in functional neurology we see some clear avenues of action.

Individuals with learning disorders, ADHD, and autism spectrum disorders often have compulsive and impulsive behaviors, and “perseveration,” a neurological symptom that causes a person to feel stuck in a loop of repetitive thought and behavior. This happens in part when the brain is in an overly primitive state that lacks the checks and balances offered by a properly developed frontal lobe — the area that governs judgment, impulse control, and social behavior.

As a result, a person becomes victim to these primitive impulses without the neurological ability to suppress them.

We also support the health of the brain through diet and lifestyle interventions that control inflammation, stabilize blood sugar, and address gut health, several factors that profoundly impact brain function.

This is a broad overview of how integrating functional neurology into an addiction recovery program can significantly improve a person’s chances of recovery. By dampening those compulsive, impulsive, and obsessive tendencies so common with brain development disorders such as ADHD, autism, and learning disorders, a person has a better shot at interrupting and diverting the neurological habituation towards drug use. Ask my office for more information.

Previous: Why a “biological clock” discovery is worth a Nobel Prize

Next: Are you a sedentary athlete? Small movements all day add up