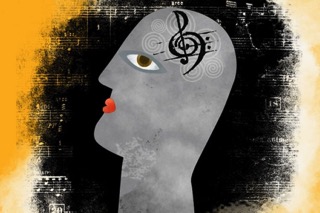 A good example is migraines. Many people see neurologists for debilitating migraines. However, virtually every person who suffers with chronic migraines has a normal brain scan. As a result, conventional neurology has little too offer beyond pharmaceuticals. In other words, the neurons are there, they just aren’t firing correctly.

An analogy for brain function is a symphony orchestra. Before the performance, the musicians tuning their instruments sounds jarring. However, when the instruments are tuned and the musicians play at the appropriate time, the result is lovely.

Our brain works the same way. Firing and timing that are off in the brain causes symptoms while restoring function through rehabilitation improves neurological harmony.

Neither drugs nor surgery are appropriate or effective for many brain-based disorders.

For one thing, medications are not selective for one area of the brain, but instead they bathe the entire brain. Depression may be related to dysfunction in just the frontal lobe, but an anti-depressant affects the entire brain and may cause negative side effects.

Another example is a patient with Meniere’s disease, which causes dizziness, ringing ears, and nausea. They may be told they need anti-nausea or anti-vertiginous medication and surgery to sever the nerve in the inner ear. However, Meniere’s is an autoimmune disease caused by the immune system attacking and destroying the inner ear.

Functional neurology looks at not only the underlying causes of an over zealous immune system, but also at the areas of the brain that are responsible for interpreting this information. The combination of these two can provide relief and slow or halt progression of the disease.

How your eyes respond when tracking fast movements, slow movements, and when you are rotating or balancing delivers specific insights into brain function and what kinds of rehabilitation will work best.

Other exam techniques involve observing your response to balance, coordination, gait, and rotation challenges. The discipline requires a strong understanding of neurological anatomy, physiology, function, and the various pathways and networks in the nervous system.

The functional neurologist uses the data from your exam to create brain rehabilitation exercises that activate sluggish areas of the brain or dampen over active areas.

For instance, a person with anxiety, insomnia, hyper sensitivity to light and sound, and who startles easily may suffer from degeneration of the cerebellum (at the back of the brain) that is causing the midbrain (in the lower center of the brain) to become over active, resulting in PTSD-like symptoms.

Next: Got a chronic health issue? Eat real food!