Getting a grip on the blues with serotonin support 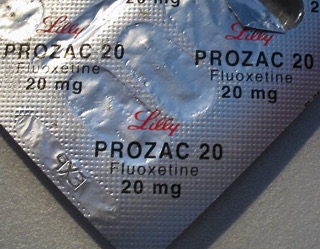 If you watch TV, read magazines, or surf the internet, you can’t escape the ads for drugs to treat depression and other mood disorders — antidepressants are touted as a magic bullet for the blues.

True, these drugs help some of the one in ten people plagued by dark moods, but for others, taking the mood-lifter du jourdoes not bring relief. Or the relief comes with side effects so intolerable that 10-15 percent of people stop taking them.

The list of depression symptoms is a long one and the root causes can vary — poor gut health, inflammation, food intolerances, hormonal imbalances, low thyroid activity, and so on.

On a neurochemical level, depression also can involve poor activity of the feel-good neurotransmitter — serotonin. (Neurotransmitters are chemicals that carry messages between nerve cells.)

Antidepressants relieve symptoms of depression by boosting the amount of serotonin in circulation. The most commonly used ones belong to a drug class called selective serotonin-reuptake inhibitors (SSRIs), such as Celexa, Prozac, Zoloft, and Paxil.

These drugs block reabsorption of serotonin, which increases the amount circulating in your body. However, SSRIs won’t help if you don’t have enough serotonin to begin with. And even when these drugs do work, long term use is tricky. Eventually, the drug may raise serotonin levels too high, causing side effects, or serotonin resistance.

Functional neurology offers alternative approaches to poor serotonin activity, making the most of tryptophan, an amino acid that the body uses to produce serotonin.

Unfortunately, simply eating more tofu or turkey — well-known dietary sources of tryptophan — won’t do the job as the amounts they contain are too small. Instead, supplementation with tryptophan itself or its precursors such as 5-HTP (5-hydroxytryptophan) may be helpful.

The amino acid can then be ferried across the blood brain barrier, where it breaks down to serotonin.

Ultimately, depression is a result of poor firing in the frontal lobe, so the key in functional neurology is to figure out what is causing the poor firing. In the meantime, supporting serotonin pathways if you exhibit serotonin deficiency symptoms may help.

Serotonin deficiency symptoms include feeling down all the time, no longer enjoying the things you used to, insomnia, sadness, rage and anger, inability to sleep deeply, not enjoying relationships, and feeling worse when it’s cloudy and dark.

Searching for the root cause

Providing brain support is crucial for relieving symptoms, but long-term relief usually requires pinning down the cause of your blue moods. Although poor firing of the brain and neurotransmitter imbalances cause symptoms of depression, the real question is what caused the brain to become imbalanced in the first place?

Although people may sometimes find relief or a boost from pharmaceutical options, many can significantly relieve if not resolve depression through addressing the underlying causes of their poor brain activity.

If you struggle with depression, ask my office how we can help you feel better.

Next: How a “leaky brain” raises your risk of dementia