Gum disease has been shown to lead to Alzheimer’s 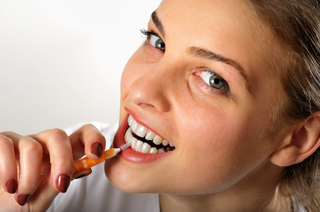 It has long been known that periodontal disease — a common but preventable gum infection — is linked with health issues such as heart disease, mood disorders, and Type 2 diabetes. While periodontal disease has previously been associated with dementia and cognitive impairment, a recent study is the first to reveal that exposure to periodontal bacteria supports development of plaques that promote the neuropathology found in Alzheimer’s disease.

Our mouths naturally host many bacteria. Along with mucus and other particles, bacteria form a colorless plaque on the teeth. Regular brushing and flossing help remove plaque, yet when it is not removed it can harden into tartar that brushing won’t remove. This can lead to periodontal disease and higher risk for a variety of associated health problems.

Look for the following symptoms of periodontal disease:

Risk factors for gum disease include:

Periodontal bacteria linked to Alzheimer’s-like plaques in the brain

A team at the University of Illinois recently found that long-term exposure to periodontal disease bacteria in mice causes inflammation and degeneration of neurons (brain cells) similar to the effects of Alzheimer’s in humans.

In a comparison to mice who were not exposed to the bacteria, the exposed mice were found to have:

While much of Alzheimer’s research is done on mice that are specially bred to be prone to the disease, the results of this study were reinforced by the fact that the mice were “wild-type,” or not genetically primed to develop Alzheimer’s.

Alzheimer’s accounts for 60 to 80 percent of dementia cases

Dementia is a general term applied to multiple conditions causing memory loss and other cognitive issues that interfere with one’s ability to cope with daily life.

Alzheimer’s is a progressive dementia, generally worsening over a period of years.

In the early stages a person may still function independently, driving, working, and engaging in social life. One might notice memory lapses, and difficulty with word recall and location of objects, but symptoms are subtle and not always recognized by the patient or their family and friends.

Moderate Alzheimer’s tends to be the longest phase. A person may have more difficulty coping with daily tasks that require mental focus, and memory continues to decline. Mood issues may arise, as well as changes in sleep patterns and increased risk of wandering and getting lost.

In late stage Alzheimer’s, individuals lose the ability to have a conversation, respond to their surroundings, and even control their own movements.

While we still have a lot to learn about how oral health relates to Alzheimer’s and other diseases, we do know it’s wise to take the best care possible of our teeth and gums by adopting these habits:

Brush twice a day for two minutes each time. Make sure to vary the movements and get to all the hard-to-reach places.

Floss daily to remove food and plaque from the spaces between teeth, using regular floss, a special brush, or a water flosser.

Oil pulling. This ancient practice of swishing coconut oil through the teeth has shown to whiten teeth and reduce bacterial counts in the mouth.

Inspect your mouth regularly for gaps between the teeth and gums, redness, bleeding, or teeth that seem to be getting longer.

Visit your dentist regularly for cleanings.

Understanding the causes and risk factors for Alzheimer’s is key for developing successful treatment protocols, especially since more than 95 percent of cases are late-onset with largely unknown causes.

If you are suffering from early stages of memory loss and other early warning signs of dementia, it’s important to take action right away.

In functional neurology we perform a comprehensive brain exam to see which areas of your brain are under active, over active, or degenerating too quickly. Customized brain rehabilitation exercises can help restore your brain function and health and stop the accelerated degeneration associated with dementia and Alzheimer’s.

Additionally, in addition to considering your oral health, we also use functional medicine strategies to evaluate and address your overall health so your brain has an optimal chemical environment in which to operate. This includes looking at your diet, lifestyle, supplementation, gut and immune health, blood sugar stability, chronic infections, and exposure to toxins.

Please contact my office for more information about how functional medicine can help you protect your long-term health.

If your insurance doesn’t offer dental coverage and you can’t afford it on your own, you may be able to find help via these resources: