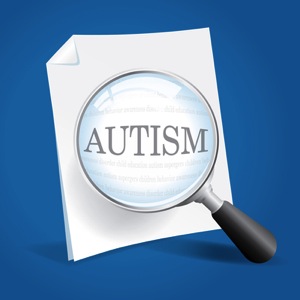 The digestive tract is home to more than 100 trillion microorganisms. That's ten times the number of cells in the human body! Although humans can survive without these tiny guests, they perform a host of useful functions, such as fermenting unused food, preventing growth of harmful bacteria, producing vitamins, and training the immune system. But did you know the bacteria in your gut can affect your brain, too? In fact, recent research on the gut has found some interesting links between the  gut microbiome  — the complex and unique microbiological community within the gut — and autistic behavior in children.

As parents well know, children with autism have a high rate of problems with gastrointestinal (GI) disorders. The resulting discomfort can worsen behaviors and interfere with their ability to participate in, and benefit from, activities of daily life, education, and therapeutic activities.

Theory has it that the community of bacteria in the gut affects the immune system, which then sends messages to the brain. This may explain why parents of children with autism report that special diets and probiotics (nutritional supplements containing "good" bacteria) improve their children's digestion as well as their behavior.

The most recent  research  on the connection between the gut and autism explores how the gut microbiome affects the autistic brain. Researchers at Arizona State University found that concentrations of metabolites (byproducts) from seven specific bacteria are more prevalent in autistic children's fecal samples. According to study author Dae-Wook Kang, “Most of the seven metabolites could play a  role in the brain  â€¦ We suspect that gut microbes may â€¦ affect gut-to-brain communication and/or alter brain function.”

Of the seven metabolites that were noticed, three warrant  special note  for their apparent relation to brain function, thereby behavior:

These connections offer insight into possible link between the gut biome and the behaviors seen in autistic children. Researchers say they would like to conduct a clinical study using  fecal transplants  from healthy donors to see if normalizing an individual's community of gut bacteria would reduce autism symptoms.

Although the study was small, it adds to the growing body of research that tells us the gut is closely tied to the brain.

Next: Pain meds linked to hearing loss; get to the root cause instead