How to overcome your addiction to unhappiness 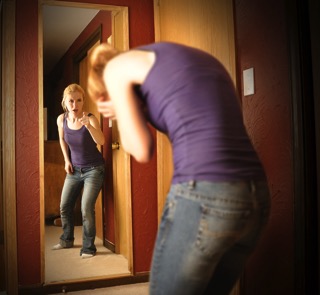 Notice how easy it is to hang on to anger, shame, guilt, worry, and other negative emotions? Are these emotions so horribly delectable you just can't let go?

You're not alone. However, you could be worsening your health by giving in. Scientists have discovered negative emotions have an  addictive  quality that trigger the reward centers in the brain. In other words, you feel like you're rewarding yourself when you succumb to negative emotions.

Worry activates areas of the brain that trick you into feeling soothed. Pride and its shadow twins of shame and guilt are the most powerful triggers of the brain's reward centers. On some twisted level, these yucky emotions feel good.

As with many addictions, negative emotions are fine in moderation (and even  beneficial  , but toxic when indulged in  regularly   They raise stress and inflammation, our two biggest foes when battling autoimmune disease and chronic illness.

Happiness is effortless for some people. Good for them. The rest of us have to work at positivity the same way we do at diet and exercise.

If you're a pro at managing your autoimmune disease through  diet  and lifestyle, don't overlook how influential feelings and attitude are on your health.

Here are some tips from a  neuroscientist  to wean yourself off an unhappiness addiction:

1. Activate the reward center of the brain with gratitude instead of negativity. Shame, guilt, and worry trigger the same brain chemicals gratitude does. Except  gratitude  doesn’t make you sick; it improves health.

Don't have anything to be grateful for (c'monâ€¦)? Doesn't matter. It's the searching for gratitude that elicits positive benefits.

2. Label negative feelings. Labeling your negative feeling in a few words activates different areas of the brain that lighten the negativity load. Practicing mindfulness is healthier than suppressing emotions.

3. Make a decision when overcome with worry and anxiety. When you're besieged by worry, create an intention, set a goal, take action â€” just do something. This boosts the reward center of the brain and takes it off that exhausting hamster wheel. Don't trap yourself with making the best decision or the one you should make. Instead, shoot for a "good enough" decision that you make for you.

4. Socialize and touch. Appropriately, of course. As far as the brain is concerned, social exclusion is an injury while healthy socialization is an elixir. Even little touches â€” handshakes, pat on the back, tap on the arm, a hug â€” amplify the health benefits of socialization. Got no one to touch? Get a massage. And don't rely solely on texting or the Internet for your socialization. Research shows they don't impart the same benefits "in-real-life" human company does.

Basically, working towards positivity exercises your brain and helps pull it out of destructive, self-perpetuating loops that raise stress hormones and drive inflammation. Brain exercises aren't just about crossword puzzles and Sudoku â€” you also need to exercise the brain's positivity centers. Ask my office for more information on brain health.

Next: Why high blood sugar can give you deadly diseases