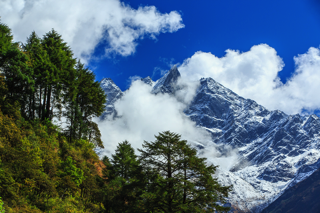 Emerging research reveals that higher-altitude living contributes to higher risk for depression and suicide. While studies continue to look into the mechanisms behind this trend, it’s clear a variety of factors come into play. From the unique effects that altitude has on the brain to social and psychological aspects of life in the high country, many of these factors are influenced by your lifestyle and dietary choices.

In the United States, the highest suicide rates are in the intermountain area — in particular Arizona, Colorado, Idaho, Montana, Nevada, New Mexico, Utah, and Wyoming. Wyoming comes in first with two times the national suicide average, and the other states on this list consistently score in the top ten nationwide.

Resort town life: A recipe for desperation and impulsiveness?

While some studies reveal physiological factors behind the altitude-linked descent into suicidal depression, the experts say social, economic and cultural factors can also play a role.

Mountain community is transient by nature. The mountain resort-town life revolves around two seasons: winter and summer. Ski season and summer tourist season are the main busy times separated by two off-seasons that locals like to call “mud season.”

During mud season, while everything is either buried in spring snowmelt or autumn rain, the tourists disappear, locals have little to no income, and one’s sense of displacement, isolation, depression, and uncertainty can increase dramatically. Having to make it through this tough time twice a year, every year can cause high levels of stress and depression.

Social isolation. These remote communities are spread far apart, breaking up the interconnectedness that people have in more populated areas. In addition, many residents come and go during “mud season,” making it hard to develop strong social bonds. This undermines the creation of the well-established intergenerational relationships, deep social connections, and the resulting support systems known for supporting mental health and stability.

Financial struggle and uncertainty. When we think of resort towns, we think of enjoyment and freedom surrounded by natural beauty. However, the reality for many residents is a life of working two to four jobs during tourist season, the twice-yearly mud-season of unemployment, unaffordable housing that changes frequently, and constant financial worries. This puts enormous stress on individuals, families, and relationships.

Party culture and substance abuse. Resort towns are notorious party towns, and the use of alcohol and other drugs is more prevalent. According to Mental Health America, substance abuse is likely a factor in half of all suicides, and the lifetime rate of suicide among those with alcohol problems is three to four times the national average.

Altitude’s effect on the brain may increase suicide risk

While more than 80 percent of US suicides occur in low-altitude areas, that’s because most of the population lives near sea level. Adjusted for population distribution, suicide rates are almost four times higher at high altitude versus low altitude.

A possible physiological explanation for this trend has been considered: Chronic hypobaric hypoxia, or low blood oxygen, might alter serotonin and dopamine metabolism in the brain as well as negatively influence how energy is transferred in cells and tissues.

Lowered serotonin production. Studies also show high altitude reduces serotonin levels, which is associated with mood and anxiety disorders. And the higher you go, the greater your risk for suicide.

In fact, Salt Lake City residents have a 30 to 40 percent higher risk of suicide just based on their altitude compared to those at sea level. Nearby Alta and Snowbird — both ski resort towns — have a suicide rate two times that of the national average.

Raised dopamine production. On the other hand, altitude increases the production of dopamine, the brain neurotransmitter associated with pleasure-seeking and risk-taking.

This is complicated by the fact high altitude living attracts outdoorsy risk-takers who may already have increased dopamine levels that make them prone to the impulsivity associated with suicide.

Support your mental health with dietary and lifestyle measures

While we need more research into the altitude-suicide connection, it’s clear that high-mountain living presents many challenges to mental health. If you live in a high-altitude location, be aware of the factors below to see if your risk for depression and suicide may be higher.

Symptoms of blood sugar dysregulation. Imbalances in blood sugar can be at the root of many mood issues.

Signs and symptoms of low blood sugar include:

Signs and symptoms of high blood sugar include:

Support your stress response with adrenal adaptogens and phosphatidylserine.

Moderate your caffeine intake. Caffeine can stress your adrenals, making it harder to cope with high stress.

Support serotonin levels with 5HTP (a serotonin precursor) or L-tryptophan.

Know the signs of increased social isolation in yourself and loved ones.

If you have substance abuse issues, please contact my office for a referral for assistance.

Check for deficiencies in vitamin D, B2, and iron, all of which can affect mood.

High altitude life has many joys and benefits, and it doesn’t have to be a recipe for depression disaster. To learn more about how you can support your well-being while living at altitude, please contact my office.

For emergency help, contact the National Suicide Prevention Hotline at 1-800-273-8255 or suicidepreventionlifeline.org.

Next: Why chronically bad behavior can be neurological