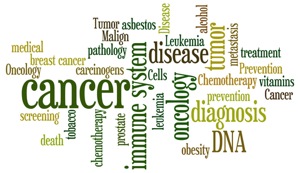 Carrying the genes for cancer doesn't make it a sure thingâ€”a recent study found more than half of all cancers are preventable.  In functional medicine, we have long known certain diet and lifestyle practices, as well as various nutritional and botanical compounds, can reduce the risk of cancer.

Not only can nutritional therapy help prevent cancer, but it also can aid in the management of chronic autoimmune and inflammatory disorders, such as Hashimoto’s hypothyroidism.

Many of the same factors that raise the risk of cancer are also linked with many chronic immune disorders common today:

People's diet and lifestyle choices significantly influence their chance of getting cancer or one of the other immune disorders listed above. For instance, smoking alone is a responsible for 30 percent of cancers (and 75 percent of lung cancer) in the United States, and obesity for another 20 percent.

Although an enormous amount of data on the causes and preventability of cancer already exist, little of it has been put into practice on a larger scale, according to researchers. Instead, people, and their doctors, remain skeptical that cancer can be prevented.

Obstacles to more widespread cancer prevention cited by the researchers include:

It's possible to change social norms and thus affect health, say the researchers. The anti-smoking campaigns have led to a decline in lung cancer rates. Media attention on the dangers of trans fats has led to more awareness and less use of hydrogenated oils in food processing and the restaurant industry.

In functional medicine, we often don't see people willing to make the necessary lifestyle changes until the "pain of the problem is worse than the pain of the solution." Adopting a healthier diet and incorporating herbal and nutritional supplements into daily life can be challenging at first, but such changes significantly ease symptoms of Hashimoto’s hypothyroidism, restore well-being, and reduce the risk of cancer for many people.

Next: Not just for children: Using play for Hashimoto’s hypothyroidism