Nature is powerful medicine for the body and brain 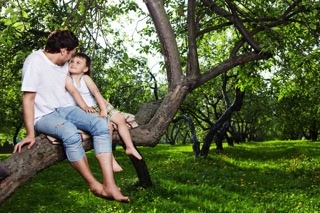 Have you ever wondered why a walk in the woods makes you feel so good? While that Zen feeling is partly about "getting away from it all," studies show time in nature is also powerfully therapeutic for the body and brain.

More than half of the world’s population lives in an urban setting, and by 2050 that number will increase to a whopping  70 percent.  Urbanization disconnects us from nature with measurable effects on our health. For example, city dwellers are at a 40 percent higher risk for mood disorders than rural folk.

Eight reasons nature is powerful medicine for your body and brain

Spending time in nature is known for its anti-inflammatory effects, and its positive impacts on mood and depression. Here are eight great reasons to spend more time in nature:

1. Vitamin D: Exposure to sunlight enables us to produce this critical hormone. In our increasingly indoor world, many people find they are deficient in Vitamin D. This can lead to a variety of health problems, including depression. Vitamin D is also critical to regulating inflammation.

2. Improved sleep: Sleep patterns are tied to the sun's schedule. Spending too much time indoors away from natural light can alter this rhythm, which plays a role in many metabolic processes and mental health. Early morning exposure to sunlight has been shown to recalibrate the sleep cycle, and one study found participants were cured of insomnia in one week of  camping  outdoors with no exposure to electronics or electric light.

3. Increased emotional stability and empathy: People who spend time in nature show  increased activity  in parts of the brain responsible for empathy, emotional stability, and love. In case you were wondering, yes, urban environments, have the opposite effect of promoting fear and anxiety.

4. Grounding: A study in the Journal of Alternative and Complementary Medicine reported that  grounding  (bare-skinned contact with the earth) can have an intense anti-inflammatory and energizing effect on the body.

5. Creativity: A study of backpackers found that after four days in nature, subjects scored 50 percent better on a  creativity  test.

6. A breath of fresh air: Outdoor air really is fresher than indoor air! The EPA states that indoor pollutants are 2 to 100 times higher than outdoor pollutants!

7. Improved mood: A Stanford study showed that participants who walked for 90 minutes in a  natural environment  were less apt to focus on life's shortcomings compared to subjects who walked along a busy highway. Added bonus: Time in the sun boosts  serotonin,  a brain hormone responsible for happiness.

8. Renewed mental focus: Interaction with nature gives your brain a break from everyday stimulation, allowing it to  restore your attention levels.

Live in a city with no green space nearby? Try to get out of town into nature as often as you can. But even roaming the green places in your city can bring great benefits. And don't worry if you aren't capable of a vigorous hike; even "non-exercise activity" has solid benefits.

What are you planning for your next  outdoor excursion?