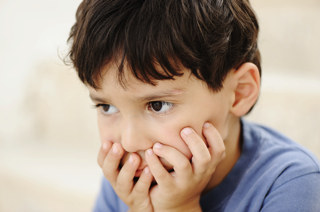 As autism rates continue to explode, people speculate about what causes the brain disorder, however studies continue to point to an immune connection. Many cases of autism have been found to be autoimmune in nature — meaning the immune system is attacking brain tissue. Also, maternal autoimmunity, severe infections during pregnancy, maternal gut bacteria composition, and maternal inflammation have all been shown to play a role in raising the risk of autism.

A recent study showed that women who experienced infections severe enough to require hospitalization during the first trimester were three times more likely to give birth to a child with autism.

Bacterial infection during the second trimester were almost 1.5 times more likely to cause autism.

Mouse studies also show that certain compositions of gut bacteria in the mother raise the risk of giving birth to offspring with autism. Researchers were even able to isolate the area of the brain affected by the bacteria that caused autism-like symptoms.

But research also shows that not all mothers who develop severe infections go on to have children with autism symptoms. Other factors play a role, such as carrying a particular type of bacteria that potentiates inflammation.

Startling research has also been done on the link between autoimmunity in mothers and autism risk in their children.

One Danish study found mothers with rheumatoid arthritis, a degenerative joint disease, had an 80 percent risk of their child having autism, while celiac disease, an autoimmune gluten intolerance, increased it by 350 percent.

We also see other inflammatory disorders are more prevalent in children with autism, including asthma, eczema, allergies, and gut problems.

What does the immune connection mean for treatment?

The takeaway is that managing inflammation and autoimmunity in women who want to become pregnant or are pregnant is key in reducing the risk of autism in offspring.

Ideally, a woman who wants to become pregnant will use functional medicine and functional neurology protocols to manage her autoimmune disorder or other chronic inflammatory disorder. If she has health disorders related to high blood sugar and insulin resistance, then she will get her blood sugar under control before pregnancy.

For children already diagnosed with autism, this information means that we address the immune system in addition to using brain rehabilitation exercises.

We use functional neurology to exam the neurological landscape of the autistic child’s brain. This allows us to customize exercises based on which areas of the brain need activating or dampening. We can also identify which primitive reflexes were skipped during infancy and retrain the brain with those reflexes — early reflexes are integral to proper brain development. We also work with better integrating the left and right hemispheres of the brain.

Ask my office for more information.

Next: Boost SIgA, or “nature’s vaccine,” to improve immunity