Is poor balance the cause of your anxiety and insomnia? 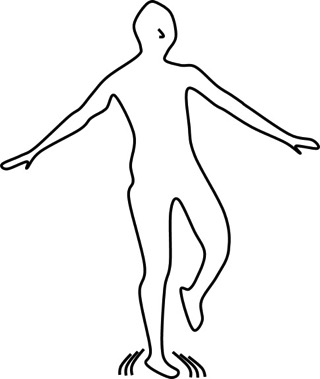 The cerebellum (the area at the back of the brain) is best known for its role in balance and coordination. However, the cerebellum does more than that — when it starts to malfunction, the results can be not only worsened balance, but also anxiety, insomnia, and hyper sensitivity.

The cerebellum is a primary integrator of information for the brain. Our body has hundreds of thousands of receptors that detect motion, vision, and where and how our body and joints are positioned at all times. These receptors constantly relay information to the brain so that we can move and function properly in our environment.

This information requires organizing before heading to the rest of the brain. The cerebellum condenses the information and “gates” it, meaning it releases it in manageable amounts to the brain’s cortex, the outer covering with its characteristic folds.

The cortex, which is responsible for higher-order functions of thought and action, decides if you need to carry out a specific action or thought in response to the information, such as turn left, answer a question, run from danger, make a decision, etc. The cortex then sends its information back to the cerebellum to help carry out actions.

When things go wrong with the cerebellum

The cerebellum is a common site of dysfunction. It can degenerate, meaning neurons die. The cerebellum is very susceptible to sensitivity to gluten and other foods, environmental toxins, and oxidative stress. It also can degenerate with age — why older people notoriously have bad balance. Children born with brain developmental disorders often have poor cerebellar function.

Poor cerebellar function is observed in various ways, such as poor balance, lack of coordination, or a tremor as you go to pick something up or bring a glass to your mouth (known as termination tremors).

Stand with your feet together, your arms at your side, and then close your eyes. If you sway more frequently to one side, that may indicate the side with more cerebellar dysfunction — it takes it longer to respond to falling on that side of your body.

Other tests your doctor may use to observe cerebellum function are coordination tests such as: finger to nose, walking heel to toe in a straight line, performing complex alternating movements, and ocular tracking (the eyes give insight into function).

Poor cerebellar function can also cause dizziness, disorientation, and nausea in cars, on boats, or when seeing things move swiftly, such as in a movie. Basically, the cerebellum is not able to respond appropriately to input from the environment.

Cerebellum function and anxiety and insomnia

As the cerebellum loses function it begins to falter at its job of gating information delivered to the cortex. As a result, excess information slips through.

This means the cortex and areas in the brainstem receive more information than they can adequately manage. Much of the role of the frontal cortex is to act as a brake pedal on the brainstem, preventing the brainstem from spinning out of control. Our brainstem governs myriad functions, such as emotions, heart function, blood pressure, and digestion.

This poorly gated sensory overload can cause many symptoms:

Many factors work against us when it comes to healthy brain function that prevents an overactive brain and anxiety. They include a culture that cherishes overworking, inflammatory diets, unstable blood sugar, too much screen time, stressful lives, and not enough sleep.

Ask my office for information on how to dampen brain activity and help relieve anxiety and insomnia.

Next: Hydrochloric acid (HCl) and digestive enzymes for digestion