Men with Peyronie’s disease have a pronounced, often painful curvature of the penis. The curvature can cause painful erections, and may make normal intercourse difficult or impossible.

GAINSWave™ has been shown to be an effective procedure to breakdown the scar tissue and reduce the curvature of the penis for someone suffering from typical Peyronie’s disease.

Nearly 80% of men with Peyronie’s Disease also report some degree of Erectile Dysfunction (ED).  Conventional ED treatments, such as oral ED medications, are not recommended for men who have ED and Peyronie’s. Oral medications such as Viagra, Cialis and Levitra increase blood flow to the penis, but do not address the root cause and lessen the scar tissue causing Peyronie’s and are not recommended.

Unlike oral ED medication, the mildly pulsating waves of GAINSWave can both reduce the scar tissue of Peyronie’s disease as well as increase blood flow to the penis.

GAINSWave is a safer, more effective way of treating men with Peyronie’s disease and Erectile Dysfunction.

We all want enough sleep so we’re less cranky and more alert. We want it for our kids too. But recent research found an even more important reason: Sleeping less than six hours a night for one week can lead to more than 700 changes in the way our  genes  behave. Among these are genes that regulate […] Read more 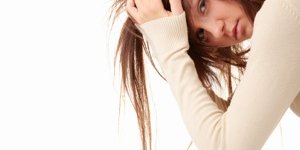 Got hypothyroidism and PMS? Stress could be robbing your body of progesterone

It’s the time of the month that so many women dread, the PMS days. For some, premenstrual syndrome is simply an irritating inconvenience, but for others it is a cause of extreme suffering. Yet because it is so common, many women don’t take PMS seriously, even though the effect on their lives is serious indeed. […] Read more