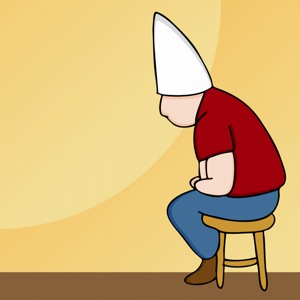 A recently published UCLA study shows what many have suspected all along: Eating too much sugar makes you stupid. Scientists found that just six weeks of bingeing on sweets and soda will sabotage both learning and memory. Fortunately, consuming omega-3 fatty acids can counteract some of the damage.

For the person with Hashimoto’s hypothyroidism, sugar can also trigger the immune system and impact overall health, worsening thyroid function.

The study looked at the effects of fructose — in the form of cane sugar (sucrose), high-fructose corn syrup, and corn syrup — which is found in the American diet in everything from soft drinks to baby food. A whopping 156 pounds of sugar per year is what the U.S. Department of Agriculture estimates an average American consumes, including 82 pounds of fructose, the sugar that was studied. In total, we Americans are consuming 150 more pounds of sugar per year than we did in 1822. Put another way, our sugar consumption has increased by almost a pound of sugar per person per year. Every year. That's a lot of sugar.

Sugar lowers the brain chemical needed for memory; not good for Hashimoto’s hypothyroidism

While sugar's role in obesity, diabetes, fatty liver, and even Alzheimer's Disease has been established, this is the first study to show how sweeteners directly affect the brain.

Sugar reduces the production of brain-derived neurotrophic factor (BDNF), a brain chemical necessary for the formation of memories and for learning and recall. As expected, those with diabetes or pre-diabetes (insulin resistance) show lowered levels of BDNF. Additional research links low BDNF levels to depression and dementia.

Because the brain is so dependent on sufficient thyroid hormones, people with Hashimoto’s hypothyroidism need to carefully follow a brain-healthy diet, which is low on sweets and starchy foods and high in vegetables and whole foods.

In the UCLA study, two groups of rats were given a fructose solution for six weeks in addition to their regular feed. One group of rats also received omega-3 fatty acids in the form of flax seed oil and DHA, an omega-3 compound that protects the brain from damage and facilitates memory and learning.

The rats were trained to learn a maze in five days. After six weeks of being given the sugar solution, they were then put back into the maze to test their memory. The rats that received the omega-3 oil and DHA were able to negotiate the maze much faster. The brains of the DHA-deprived rats showed a decline in synaptic function, poor communication between neurons, and worsened memory. These rats also developed a resistance to insulin, a hormone necessary not only for blood sugar regulation but also for brain function. Insulin controls synaptic function, and so imbalances in insulin may disrupt neurons and cause memory loss.

The study clearly suggests that fructose impairs memory and learning. It also suggests that a daily intake of DHA, such as through salmon, walnuts, flax seed, or a supplement, can help protect the brain from the harmful effects of sugar.

DHA cannot stand up to 156 pounds of sugar

Of course, simply adding more DHA to your diet isn't going to counteract the damage of eating 156 pounds of sugar a year. The best way to stay smart is to cut out the sweeteners and moderate your carbohydrate intake to a level that doesn't disrupt blood sugar balance. A bonus side effect of this lifestyle change is a way out of your daily energy highs and lows, and who knows, maybe even a dropped pound or two.

Reducing your sugar intake to a bare minimum will also help balance immune function and better manage your Hashimoto’s hypothyroidism.

For help getting started on a brain-healthy diet, contact my office.

Previous: Type A person with adrenal fatigue and Hashimoto’s hypothyroidism?