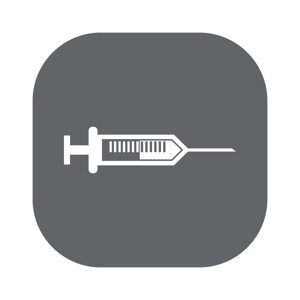 Few things in medicine have been more contentious in the last couple of decades than the public debate over whether vaccines cause autism. The truth is, the relationship between immunity and neurology — neuroimmunology — is extremely complex and cannot be legitimately reduced to such an overly simplified argument. Instead, with even the most cursory understanding of neuroimmunology, we can ask more relevant questions that could one day increase public safety from both infectious disease and immune injury to the brain.

In a recent review article published in Cellular & Molecular Immunology, the authors analyzed studies going back several decades and argue that a neuroimmunolgical concept called cross reactivity is the true question when it comes to vaccine safety .

Cross reactivity stems from molecular mimicry. This is a well-established phenomenon in immunology in which amino acid sequences in two different proteins are identical. Amino acids are the building blocks that make up proteins, like different beads on a necklace. You can have two beaded necklaces that are very different yet both contain an identical pattern of a few beads. This is similar to molecular mimicry.

The same thing occurs with proteins. Although a virus and brain tissue are two completely different things, they can still have within them identical amino acid sequences. This exists throughout nature and is generally not a problem unless the immune system becomes dysregulated, confuses the two, and begins attacking and destroying body or brain tissue it has mistakenly identified as the virus.

Unfortunately, immune dysregulation is disturbingly common today. Rates of autoimmunity have exploded in the last couple of decades due to a variety of factors affecting primarily industrialized populations. Autoimmunity is a disorder in which an over zealous immune system attacks and destroys its own tissue.

What does this have to do with vaccines? The review demonstrated links between autoimmune cross reactivity and several vaccines. In other words, the immune system mounted an inflammatory response to a protein in the vaccine that mimicked a protein in the brain or nervous system. Once it produced antibodies to the protein, it continued the attack against neurological tissue long after the vaccine was given.

This concept does not apply just to vaccines but also to foods, viruses, bacteria, environmental chemicals, heavy metals, medications, environmental allergens, and so on. Also, cross reactivity can occur to any tissue in the body, not just the brain.

Who becomes injured and why? Although much is yet to be learned about neuroautoimmunity, increased susceptibility has been linked to degradation and permeability of the gut lining and blood-brain barrier, chronic inflammation, and immune dysregulation. It’s believed that no one thing — a vaccine, a food, a chemical — causes autoimmunity on its own, but rather a combination of factors raise the risk for a final trigger to be the tipping point into autoimmunity. For some, that tipping point can be a vaccine (and, sadly, studies show babies can be born with neuroimmune dysregulation developed in utero from maternal and environmental influences). For others, it has been breast implants or other implants, a traumatic event, or simply a gradual loss of immune regulation.

The good news is we can screen for and address these risk factors with a functional neurology and functional medicine approach.

Also, while the vaccine war, based on uninformed assumptions and opinions, rages on, researchers who understand the complexities of neuroautoimmunity are working on vaccines that may one day circumvent or lower the risk of cross reactivity.

Ask my office how good functional neurology and functional medicine can help reduce the risk of triggering neuroautoimmunity and screen for your susceptibility.

Previous: Exercise turns back the clock on older hearts

Next: Want to trash your lungs? Use basic cleaning products