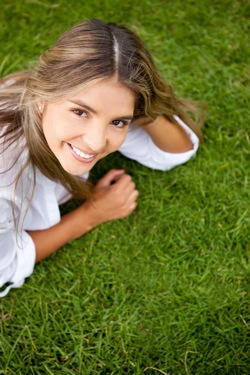 For many people, a gluten-free diet erases Hashimoto’s hypothyroidism symptoms   like a magic wand. For others, it doesn’t make a dent, despite a proven gluten intolerance. What gives? A diet that also eliminates dairy, grains, and other foods may be necessary, along with nutritional compounds to restore gut health.

Gluten damages the small intestines and causes chronic inflammation. This inflammation extends to other parts of the body and helps explain why gluten triggers so many disorders, including Hashimoto’s hypothyroidism, joint pain, skin disorders (eczema, psoriasis, rosacea, etc.), fatigue, depression, or mood disorders from inflammation in the brain. It even increases the  risk of death for people with celiac disease.

A gluten-free diet reduces inflammation and allows the gut to recover, which often alleviates symptoms elsewhere in the body.

However, newer research showed that the small intestines of up to 60 percent of adults in one study never completely healed on a gluten-free diet, especially in those who didn’t adhere to the diet fully.

These are pretty grim numbers for a diet that has taken the natural health world by storm. Does this mean a gluten-free diet is not worth the effort?

Going beyond a gluten-free diet for Hashimoto’s hypothyroidism

These studies shed light on the fact that a gluten-free diet often is not enough to recover gut health. One may still suffer from gut inflammation, poor absorption of nutrients due to damage of the intestinal lining, and leaky gut (leaky gut allows undigested food and pathogens to escape into the bloodstream, where they cause more inflammation).

This explains why some continue to suffer from Hashimoto’s hypothyroidism symptoms despite a gluten-free diet.

So what’s the solution? One is to look for other food intolerances. Because gluten causes leaky gut, undigested food escapes into the bloodstream and provoke an immune reaction. This leads to allergies and sensitivities to many other foods. Ferreting out these foods with a strict anti-inflammatory elimination diet is an important first step. Many people with Hashimoto’s hypothyroidism feel and function better eliminating all grains, as well as dairy and even legumes.

In functional medicine we have also identified nutritional and botanical compounds that can help unwind the chronic inflammation in the gut while taming Hashimoto’s hypothyroidism symptoms. These include nutrients to support glutathione, the body’s main antioxidant, as well as nutrients that dampen inflammation through nitric oxide modulation. Glutathione in particular is essential to repairing and protecting intestinal health.

The botanical compounds resveratrol and curcumin have also been shown to dampen inflammation. Resveratrol is a compound derived from Japanese knotweed, and curcumin is derived from the popular curry spice turmeric. Both are well known for their antioxidant qualities.

Research shows that taking them together creates a synergistic effect, making them potent tools for quenching the inflammation and damage in the small intestines and elsewhere in the body, including the thyroid.

Although a gluten-free diet is vital to restoring health for people with celiac disease or a gluten intolerance, it might not go the whole distance for those with Hashimoto’s hypothyroidism. Removing other foods and using nutritional therapy to quench inflammation are also important steps to restoring gut and thyroid health.

Next: Can't sleep? Turn the lights off earlier for better thyroid health