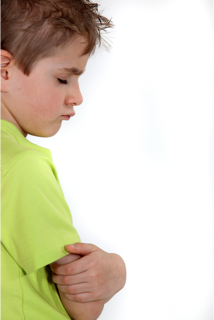 One of the hallmark signs of autism spectrum disorder (ASD) is the avoidance of eye contact with others. This is typically interpreted as social avoidance or indifference. But the truth is, people with autism need social connection just like the rest of us. It’s just that things such as eye contact cause their brains to short circuit from too much activity. People with autism say eye contact is stressful and uncomfortable, and some even say it “burns.”

Harvard Medical School researchers at Massachusetts General Hospital have been investigating this phenomenon and discovered neurological clues to what makes eye contact so stressful for people with autism.

Their main finding was the inability to make eye contact does not mean lack of concern or interest in other people. Instead, eye contact over stimulates areas of the brain responsible for reading emotions in other people’s faces.

This area of the brain is called the subcortical system and is the layer beneath the cerebral cortex, the folded outer layer of the brain that plays a role in consciousness and thought.

In both subjects with autism and the neurotypical control subjects, being able to freely choose to view facial expressions activated the subcortical system in similar ways.

The researchers hypothesize autism creates an imbalance between networks in the brain that perform activating and inhibiting functions in the brain.

In a neurotypical brain, balance between these two systems maintains a calm equilibrium.

This imbalance creates a neurologically triggered aversion to both eye contact and facial expressions and thus abnormal development of the social brain.

Additionally, newer researchshows we can see early signs of autism risk in newborns — these babies’ brains struggle with reading faces and making eye contact well before they are old enough to exhibit more obvious signs. This further inhibits proper development of social interaction.

This study shows why behavioral therapy techniques that force a child with autism to maintain eye contact can be extremely stressful and neurologically inappropriate.

The researchers suggest a more effective and less triggering approach may be gradual habituation to eye contact over time to gently strengthen and relax the over active subcortical region.

In functional neurology we use many techniques to identify areas of imbalance in children with autism and gently rehabilitate those areas. Functional neurology frequently produces significant improvements in quality of life in these individuals. Ask my office for more information.

Next: Stress can cause PMS, menopause problems, and more