Most gluten tests fail those with Hashimoto’s hypothyroidism 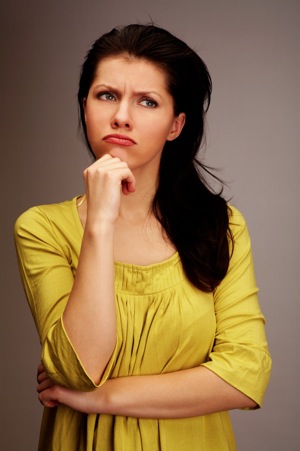 Gluten intolerance is not as straightforward as once believed. Many people test negative for gluten intolerance when, in fact, they have celiac disease or should be on a gluten-free diet. This is because standard tests are incomplete and fail to account for gluten cross-reactivity.

This can be disastrous for the person with Hashimoto’s hypothyroidism. A number of studies have established a link between celiac disease, gluten intolerance, and Hashimoto’s. Considering Hashimoto’s is the cause of hypothyroidism for 90 percent of Americans, a gluten-free diet is imperative for thyroid management.

Fortunately, revolutionary breakthroughs in gluten testing are now available from Cyrex Labs. Cyrex tests for immune reactions to 12 different compounds of the gluten protein, foods the body mistakes for gluten, and foods to which many are sensitive.

Wheat is made up of more than 100 different components that can cause an immune reaction in people. Cyrex Labs used extensive research to pinpoint the 12 most common and screens for an immune reaction to one or more of them. These include peptides, proteins, and enzymes associated with wheat.

Until now, testing for gluten intolerance has only been against one of those components, alpha gliadin. This means untold numbers of people with Hashimoto’s hypothyroidism have been told by their doctors it is ok for them to eat wheat.

This new test catches a gluten intolerance in the patient with Hashimoto’s hypothyroidism who reacts to a component other than alpha gliadin.

Testing for foods that cross-react with gluten

It's frustrating for both the practitioner and the Hashimoto’s hypothyroidism patient when a gluten-free diet fails to help manage an autoimmune thyroid condition. In fact, studies show that many people with celiac disease don't recover gut health on a gluten-free diet. Research by scientists at Cyrex shows this may be due to cross-reactivity and food sensitivities.

Cross-reactivity is a situation in which the body mistakes another food for gluten and reacts accordingly, causing symptoms of gluten intolerance. Cyrex Labs tests for foods that may cross-react with gluten and for foods that are most often the source of sensitivities.

Oats and yeast cross-react with gluten, as does dairy, which has a structure that closely resembles that of gluten. In fact, 50 percent of people who are sensitive to gluten are also sensitive to dairy. A person with Hashimoto’s hypothyroidism may need to give up dairy and other foods to manage the autoimmune condition.

Coffee cross-reacts with gluten in many people

Cyrex researchers were surprised to find coffee has the highest rate of cross-reactivity with gluten. In other words, some people's immune systems mistake coffee for gluten, triggering a reaction. This test informs the Hashimoto’s hypothyroidism patient whether she needs to give up coffee to prevent gluten cross-reactivity.

The most common foods the gluten-free person may need to avoid:

This panel can help explain why people with celiac disease or a gluten intolerance still react to foods after going gluten-free and even dairy-free.

Gluten has been linked in studies to 55 diseases so far, most of them autoimmune. Gluten intolerance is strongly linked with Hashimoto’s hypothyroidism. The effect of gluten on brain and nervous tissue is significantly worse and more far-reaching than researchers once thought. Yet, due to poor lab testing and general misinformation, many people continue to eat gluten, unaware it is harming them.

Thanks to more advanced testing, we can now better catch celiac disease and gluten intolerance and go beyond a gluten-free diet to restore health.

Previous: Not just for children: Using play for Hashimoto’s hypothyroidism

Next: Hashimoto’s hypothyroidism spiking your allergies? Look at gut function