Why you need to filter your tap water 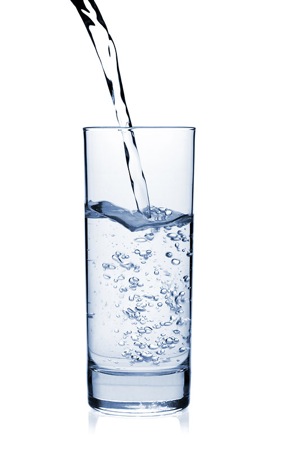 Do you really need to filter your tap water, or is that just a marketing gimmick to sell water filters? Modern water treatment systems protect us from serious waterborne diseases such as Cryptosporidium and Giardia, parasites that cause illness. But while disinfecting municipal water supplies keeps us safe from parasites, we're instead faced with the added toxic burden of the chemicals used for treatment, as well as the hundreds of pollutants that make their way into our water supplies.

Different chemicals are used to treat water, most notably chlorine and chloramine. Chlorine is used in most water supplies and has a long track record whereas chloramine, which has not been studied as extensively as chlorine, is in about one quarter of households.  Chloramine  is a combination of chlorine and ammonia and is used because, unlike chlorine, it stays in the water longer and cannot be removed through boiling, distilling, or letting water sit uncovered. Although both kill waterborne pathogens, they are somewhat toxic in themselves. Chloramine is corrosive to pipes and increases exposure to lead in drinking water in older homes.  Chloramine-treated water  also should not be used in fish tanks, hydroponics, home brewing, or for dialysis.

What's worse is that these chemicals have been shown to react with ordinary organic particles in water to create toxic, carcinogenic compounds. These  byproducts  are quite a bit more toxic than the chemicals alone. In studies these  chlorination byproducts  have been shown to cause cancer in laboratory animals, trigger the production of inflammatory free radicals, irritate the skin and mucus membranes, affect the nervous system, and cause birth defects. Some researchers even point to an association between these byproducts and thousands of cases of bladder cancer each year.

Although the EPA regulates water treatment, its standards are based on annual averages. In reality, levels of these toxic byproducts vary throughout the year according to farming cycles.

Also, the chemicals added to water aren't the whole picture. Contributing to the toxic load are the hundreds of chemicals that make their way into water from car exhaust, pollution, farming, and industrial waste. Evidence of many pharmaceutical drugs can be found in water, too. Some research shows more than  100,000  of these chemicals are in our water supplies.

As you can see, filtering your drinking water can help reduce the toxic burden on your body. Unfortunately, bottled water is not always a good choice. It is often as contaminated as tap water, or worse. Also, discarded plastic water bottles create serious global pollution, particularly of our  oceans.

Use a filter for cleaner water

Fresh spring water is a good source of clean water. If that's not available, filtering your water can help cut down on your exposure to these many man-made chemicals and their toxic byproducts. Sediment, chlorine, heavy metals, hormones, drug residues, pesticides, and other chemicals will be removed with a heavy-duty carbon filter. Your filter should remove particles 0.8 microns or under. Chloramine can be harder to remove, so check to see if your city water has chloramine and look for a filter that can remove it.

Although you definitely want to filter your drinking water, it's best to also filter water coming from taps and the shower as you also absorb toxic chemicals through the skin. Whole-house filters are a good option for this.

Next: Replace diet soda addiction with a whole foods habit