Young people today are the loneliest generation yet 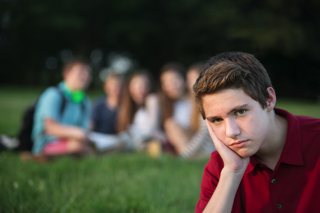 Young people are more connected than ever thanks to myriad social media and gaming platforms, yet a new study shows they are also the loneliest generation studied. This is troubling as loneliness is linked with an increased risk of health disorders, including heart disease, stroke, cancer, and other immune disorders. It also raises the risk of premature death, even in younger people.

Some research even shows loneliness is a bigger threat to health than smoking and obesity.

The destructive power of loneliness appears to rise from the fact that it’s an ever present force, like chronic pain or depression, that weighs a person down. The chronic nature of loneliness takes its toll on all the systems in the body, including the immune system and the brain.

A survey of 20,000 adults around the country asked people to rate their loneliness on a scale of 20 to 80. A score of 43 or above is considered lonely enough for it to be a health risk.

More than half the respondents in this study and similar surveys in the past reported feeling socially isolated and chronically lonely, even in the company of others. They felt that they don’t have anyone in life who knows them well.

The most alarming finding is that young people are feeling lonelier than ever before, even more so than their parents and grandparents. In an age where young people are glued to their phones in constant engagement with their peers, it’s a bit surprising to find they are also the loneliest, most depressed, and most likely to commit suicide.

Members of Gen Z, those aged 18 to 22, had the highest loneliness scores while people 72 and older had the lowest.

While people who lived with others reported generally lower scores, single parents had among the highest scores for loneliness.

And only half of the respondents reported having meaningful, in-person contact with other people on a daily basis.

The survey also revealed the lifestyles and habits of people with low loneliness scores.

It found people with the lowest loneliness scores had a good balance of the following in their lives:

Frequent, in-person, meaningful interactions with others.

The right amount of sleep. People who slept an appropriate amount were less lonely than those who slept too little or too much.

The right amount of physical activity. Balance applies to exercise too. People who under exercised or over exercised were lonelier than those who exercised an appropriate amount.

In functional neurology we look at not only your metabolic health and brain function, but also at your overall approach to life, including loneliness.

If you are struggling to connect with others, a functional neurology approach to depression and anxiety can help rehabilitate your brain so that it is easier for you to reach out to make friends and form meaningful interactions. Ask my office for more information.

Next: NSAIDs — the dangers and the alternatives for pain