All those “non-concussions” add up to brain injury 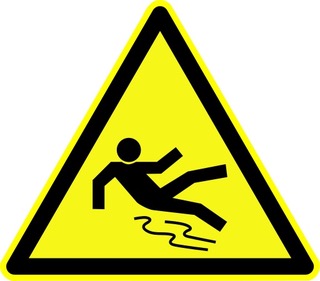 You don’t have to have to receive a concussion diagnosis to have an injured brain. Small but repeated insults to the brain — falls, crashes, whiplash, being near explosions, landing on your tailbone — damage brain tissue. Even if the head is not directly hit, a blow or jolt to the body causes the brain to bang around in the skull and sustain damage.

Each insult may not be severe enough for a diagnosis on its own, but added together over time they can cause long term problems and raise the risk of dementia and other brain-related disorders.

Some immediate symptoms may be obvious, such as headache, feeling of pressure in the head, changes in vision, or dizziness. Some are less obviously related, such as increased irritability, anxiety, moodiness, fatigue, sleep problems, or lack of focus. But it’s also possible to have no symptoms at all despite damage to the brain.

The standard health care model does not assess the brain when addressing blows to the body. For instance, with whiplash the neck is cared for or with a back injury the back is addressed. But potential damage to the brain is ignored.

Each insult to the brain causes inflammation. Unlike the body, the brain’s immune system does not have an off switch and inflammation can go on for weeks, months, and even years, especially in a brain environment that is unhealthy or when injuries are repeated.

Over time this inflammation damages and destroys brain tissue, leading to declining brain function and an increased risk for dementia and Alzheimer’s and other brain disorders.

Health of the brain before trauma matters greatly

Additionally, if your brain health is poor to begin with, your brain is going to fare much worse from a minor trauma than if it were healthy.

Researchers call this “diminished brain resilience.” This means the brain’s general health is compromised and thus less resilient to any traumas it may sustain. This explain why one person can bounce back from a head injury while another person disintegrates physically and mentally after a head injury of equal severity.

Factors that can diminish brain resilience include junk foods, too much sugar, not enough whole foods or vegetables, unhealthy fats, blood sugar that is always too high or low (or swings between both), food sensitivities, chronic inflammation, hormone deficiencies and imbalances, sleep deprivation, high stress, being sedentary, and many more.

Basically, the standard American diet and lifestyle is brutal for the brain, and sustaining a brain injury with this kind of poor support means you will fare much worse than you need to.

Functional medicine basics of eating an anti-inflammatory diet, maintaining a healthy gut, and tending to the health and balance of your entire body is the best way to not only better protect your brain in the event of an injury, but also help it recover from past injuries.

Functional neurology is a great way to identify and rehabilitate the areas of your brain most affected. Functional medicine addresses the health of the body as a whole, which supports the brain. Ask my office for more advice.

Next: Plenty of sunlight needed for a good night’s sleep