Artificial food colorings: What you don’t know can make you sick 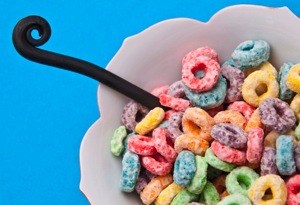 If you're like most people, you probably have a vague notion artificial food coloring is "bad." You've also probably heard it makes some kids hyperactive. But did you know the science on artificial food dyes is so thorough and damning that they are banned in two European countries, require warning labels throughout the European Union (and are hence little used), and that Wal-Mart, Coca Cola, and Kraft in  Britain  don't use them?

What do Europeans know that we don't? Actually, they have access to the same science we do, only apparently they take it more seriously. The good news is that, thanks to pressure from consumers in the know, food giant  Nestle  is leading the way by voluntarily removing food dyes from its chocolate candies by the end of 2015.

So what's the big deal with food coloring? Are the risks for real or is it just a bunch of hype?

Immunologist Aristo Vojdani, PhD, outlines the various health risks and disorders associated with food colorings in one of his many published  papers, and in his upcoming book, When Food Turns Against You.

The ways in which artificial food colorings have been found to be harmful:

These are just some of the ways artificial food colorings, which are made from petroleum, adversely affect human health. Although food manufacturers prefer artificial colors over natural ones because they mix easily, are cheaper, and more stable, they are just not worth the cost to our health or that of our children.

Food dyes are not just in obvious things such as candies and sodas. They lurk in salad dressings, pickles, crackers, meats (particularly tandoori chicken), desserts, medications, soaps, cosmetics, lotions, toothpastes, and other products.

A vitally important step as you transition to a whole foods diet is to eliminate all artificial colorings and other additives from your diet and from the products you use on your body.

Previous: North to south through the gut â€“ what can go wrong

Next: The problem with perfumes: Watch out for toxins