North to south through the gut â€“ what can go wrong 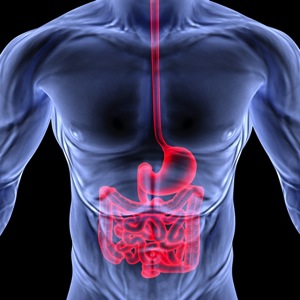 We live in a time of unprecedented abundance of food and medical advances yet we are sicker than ever. It is considered normal to suffer from insomnia, PMS, depression, chronic pain, heartburn, constipation, diarrhea, and so on. But in reality these are our bodies' warning signs that something is wrong.

"All disease begins in the gut," said Hippocrates. Understanding digestion helps you understand why you stay well or get sick.

From north to south

Digestion starts in the brain. When your brain gets the message you're about to eat, it turns on the parasympathetic "rest and digest" part of the nervous system to prepare the organs for their jobs. When we eat while distracted, busy, or anxious our saliva won't be as rich in digestive enzymes, our stomach won't be sufficiently acidic, and our pancreas will not secrete enough digestive juices.

Age-old rituals around meal times serve a benefit by giving our bodies the chance to ease into the rest-and-digest state.

The mouth and the stomach

The majority of our digestion takes place in the mouth, where, ideally, we chew each bite thoroughly, allowing the enzyme-rich saliva to begin breaking down our food, signaling the nervous system to rest and digest, and alerting the rest of the digestive tract that it's time to work.

Next stop is the stomach, which uses its powerful muscles to further mash the food while liquefying it with hydrochloric acid (HCl). The proper acidity digests the food for optimal nutrient absorption; sterilizes it by killing bacteria and other pathogens; and alerts the small intestine to open the pyloric valve and allow it in. Once there, the pancreas secretes enzymes and the gallbladder secretes bile to further digest the food.

Unfortunately, it's estimated that 90 percent of Americans are deficient in stomach HCl due to stress, poor nutrition, bacterial overgrowth, poor thyroid function, and advancing age.

When the stomach environment is not acidic enough, the small intestine is not triggered to allow the food in, so it sits in the stomach, where it begins to ferment and putrefy. Eventually it may shoot back up into the esophagus, burning the tender tissue there and causing heartburn, or acid reflux.

Eventually the small intestine must accept the fermenting food. Because it is not the right acidity, the pancreas and gallbladder are not sufficiently triggered to release enzymes and bile to further digest it.

This is problematic for several reasons: Improperly digested fat irritates the rest of the digestive tract; nutrient absorption is poor, and the gallbladder is more prone to forming gallstones due to insufficient activity. Because it is the avenue through which the liver excretes toxins, a congested gallbladder results in a congested, overburdened liver unable to detoxify the blood properly.

As this poorly digested mess makes its way through the small and large intestines, it causes inflammation and damage that leads to intestinal permeability, or "leaky gut." Leaky gut allows undigested food proteins to escape into the bloodstream, where the immune system attacks them, causing inflammation. Because undigested foods are the target of attack, food intolerances develop.

Our colons host 3 to 4 pounds of friendly bacteria, or gut flora. These bacteria break down foods and produce nutrients. However, breakdowns further north foster an overgrowth of bad bacteria, causing an inflamed, poorly functioning colon.

A properly functioning gastrointestinal tract produces between one to three bowel movements a day that are large, continuous and well formed, neither too soft nor too hard. If you are experiencing constipation, diarrhea, incomplete evacuation, or other issues with your bowel movements, you know something in the process described above has broken down.

All disease begins in the gut

While various drugs offer quick fixes for digestive complaints, they allow us to ignore the red flags the gastrointestinal tract is waving to gain our attention. Poor digestion underlies just about every disease known to man. This is a topic to which functional medicine practitioners devote their careers. Ask my office how we can better support your digestion to support your health.

Previous: Suffering from burn out? Look at adrenal health

Next: Artificial food colorings: What you don’t know can make you sick