Autism linked to DDT exposure in the womb 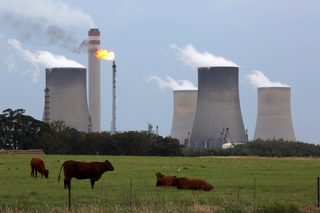 A recent Finnish study found a link between DDT, the banned insecticide that is still prevalent in the environment, and autism. Pregnant women with elevated blood serum levels of a breakdown product of DDT showed increased risk of having children who went on to develop autism. The study is the first to connect an insecticide with increased autism risk.

In a study of more than 1 million pregnancies, researchers identified almost children with autism and compared them to mother-child pairs without autism.

Maternal blood taken during early pregnancy was analyzed for DDE, a metabolite (breakdown product) of DDT. They also evaluated PCBs, another long- banned toxin that nevertheless remains in the environment.

These findings persisted after adjusting for maternal age, psychiatric history, and other factors.

While the study showed a strong link between maternal DDT and autism risk, it showed no association between PCBs and autism. The researchers propose two reasons. First, maternal DDE is associated with low birth weight, a well-researched risk factor for autism, whereas maternal PCB has not been linked to low birth weight.

Second, they propose a connection with hormone function in which DDE has more of an impact than PCB.

The study is the first of its kind to link a pregnant woman’s blood levels of an insecticide to an increased risk of autism in her offspring. Previous studies have looked at pregnant women’s proximity to sites contaminated with pollutants.

DDT has not only been linked to autism, but also to the following:

DDT and PCBs were banned in many countries more than 30 years ago. However, they remain in soils and elsewhere in the environment because they take decades to break down.

DDT attaches to the roots of plants, but it does not easily move to other parts of the plants. However, DDT in the air can be deposited on to the surfaces of plants, making them carriers as well.

In addition, not all countries have banned DDT, so it is possible to ingest it via imported food products or while traveling.

When we ingest DDT, the amount we actually absorb depends on what it was attached to when ingested.

As a result, a pregnant women passes on DDT metabolites to unborn baby.

DDT and DDE are more soluble in fats and oils, and more bioavailable when mixed with them. Because they are more fat-soluble than water-soluble, they tend to concentrate in our fatty tissue — in fact, they can be found in fat at levels several hundred times that of found in the blood.

Over time, the liver metabolizes DDT/DDE and makes it water-soluble for removal, but the process is very slow. According to the University of Nevada, it has a half-life of 8 years, meaning an amount you ingested 8 years ago is now only reduced by half.

How do I avoid DDT?

DDT and DDE can be found in root crops, leafy crops, grains, fatty meats, fish, poultry, milk, cheese, and oil. They may be found in small amounts on US food but can be found in larger amounts in or on imported food products.

Below are ways to reduce your DDT exposure:

For more information about how to support your body’s ability to cope with DDT in the environment, contact my office.

Previous: How to tell if your hypothyroidism is Hashimoto’s

Next: This antibiotic is rupturing people’s tendons