Baywatch beauty brings Hashimoto's hypothyroidism out of the closet 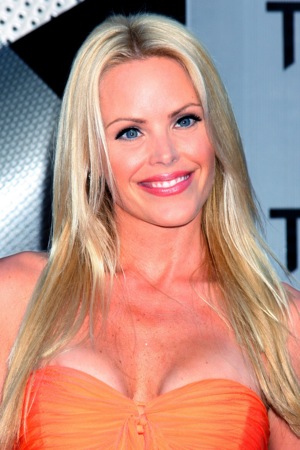 Struggling with Hashimoto’s on the Baywatch set

Nolin struggled through marathon days on the set of Baywatch in a tiny red tank while battling symptoms of Hashimoto's: fatigue, depression, hair loss, and weight gain. According to one interview, she gained weight despite exercising and eating very littleâ€”a salad or a can of tuna a dayâ€”and her hair became dry and brittle. Exhausted and starving, she pushed on with the help of antidepressants.

Symptoms worsened after her first two pregnancies. Doctors simply pegged her problems on postpartum depression, and prescribed her antidepressants. After her third pregnancy she suffered from arrhythmia, or irregular heartbeats, a common symptom of Hashimoto's. She visited a couple of doctors before one finally diagnosed her with Hashimoto's hypothyroidism, explaining the mysterious symptoms she had been battling since the age of 18. After experimenting with different thyroid hormones, she was almost symptom-free after just three days of finding the right one.

What separates Nolin from other celebrities with hypothyroidismâ€”Oprah Winfrey, Kelly Osbourne, Kim Cattrall, Jillian Michaels, and Mary-Louise Parkerâ€”is that Nolin uses her notoriety to speak up for the millions of Americans with hypothyroidism who are misdiagnosed or mismanaged by the health care system.

Nolin also recognizes and promotes the fact that for 90 percent of Americans, hypothyroidism is caused by an autoimmune disease, Hashimoto's, which attacks and destroys the thyroid gland (explained in the book Why Do I Still Have Thyroid Symptoms When My Lab Tests Are Normal? by Datis Kharrazian, DHSc, DC, MNeuroSci.) Nolin advocates a gluten-free diet and other natural thyroid strategies outlined in Dr. Kharrazian's book.

Imagine if Oprah Winfrey had access to the same knowledge and information when publicly discussing her thyroid conditionâ€”she could have helped millions of sufferers and advanced thyroid care in this country. Faced with patient demand, doctors would have been forced to increase their knowledge and education to offer genuine help to their patients.

Nolin reaches out for those with Hashimoto’s hypothyroidism

Online thyroid communities have warmly embraced Nolin. Her Facebook page Thyroid Sexy has almost 13,000 likes, and she posts frequently and communicates with her followers. Her post I am Hashimoto's Diseaseâ€”A letter for patients, family and friends, garnered a huge response for readers.

Nolin is the first internationally known celebrity who has made it a personal mission to bring positive awareness to thyroid disease. She is co-authoring a book about her journey and Hashimoto's hypothyroidism with thyroid author Mary Shomon. Shomon is the author of the About.com Thyroid Disease blog, and the author of several best-selling thyroid books.

Next: Autism is often autoimmune; links with maternal Hashimoto’s