Could you be developing an autoimmune disease? 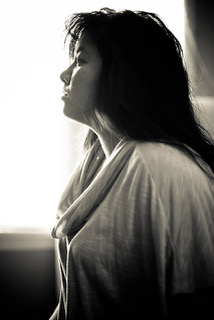 You could be developing an autoimmune disease, one of the most common diseases today, and are not aware of it. This is because autoimmune diseases sometimes start off as “silent” autoimmunity. This means your immune system is attacking tissue in your body but the damage isn’t bad enough to cause symptoms yet.

Autoimmune disease is more common than cancer and heart disease combined, and that’s just the diagnosed cases. Many, if not most, cases of autoimmunity are happening without a diagnosis.

This is because medicine does not screen for autoimmunity until symptoms are advanced and severe enough for a diagnosis and treatment with steroids, chemotherapy drugs, or surgery.

Autoimmunity: The disease for the modern era

Autoimmunity can affect any tissue in the body or brain. It occurs when the immune system attacks and damages tissue as if it were a foreign invader.

Autoimmune disease affects 1 in 5 people, the majority of them women. It is believed women are more commonly affected because of their hormonal complexity. Although autoimmune disease is very common, the statistics do not tell the whole story.

Autoimmunity can happen long before diagnosis

Autoimmunity can begin long before damage is bad enough for a disease to be diagnosed. Many people can go years, decades, or even an entire lifetime with symptoms but never have damage bad enough to be labeled disease.

As an example, autoimmunity against the pancreas can cause blood sugar issues long before the development of type 1 diabetes. Additionally, about 10 percent of people with type 2 diabetes, which is caused by diet and lifestyle, also have pancreatic autoimmunity. This is called type 1.5 diabetes.

One of the most common autoimmune diseases is Hashimoto’s hypothyroidism. Patients may need to gradually increase their thyroid hormone because although they were diagnosed with low thyroid, the autoimmunity was overlooked and left unmanaged.

Autoimmunity can attack anything in the body

People can also have symptoms that suggest many types of autoimmunity. Although symptoms vary depending on which tissue is being attacked, many autoimmune sufferers experience chronic fatigue, chronic pain, declining brain function, gastrointestinal issues, hair loss, weight gain or weight loss, brain fog, and more.

Fortunately, functional medicine offers lab testing that can screen for autoimmunity against a number of different tissues. We also use strategies such as an anti-inflammatory diet, blood sugar stabilizing, gut healing, addressing toxins, and habits that minimize stress and inflammation.

Ask my office if autoimmunity may be causing your strange and chronic symptoms.

Previous: Functional neurology picks up where standard medicine drops off

Next: Trapped in a hostile marriage? Healthier to be alone!