Functional neurology picks up where standard medicine drops off 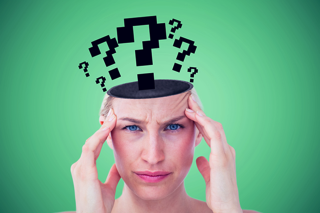 A teenage girl suffering from multiple seizures a day spends two weeks in one of the top clinics in the world. There she undergoes about $100,000 worth of testing and is seen by multiple specialists, many of whom witness her having the seizures. However, brain scans and EEG testing show no evidence of a seizure disorder and she is sent home with an anxiety diagnosis.

After a functional medicine neurology visit and three weeks on a gluten-free anti-inflammatory diet, plus some supplements to tame inflammation and support brain health, the seizures stop completely. They return only briefly when she goes off her diet during a holiday and eats foods that trigger inflammation in her brain causing it to seize again.

Why would a conventional medicine approach involving tens of thousands of dollars and multiple specialists turn up empty while functional neurology produced a simple solution?

The answer lies within how conventional medical doctors are required to give a diagnosis that conforms to ICD-10 codes. ICD-10 stands for the International Classification of Diseases.

The ICD-10 is a system all medical doctors in the United States are required to use to classify and code diagnoses, symptoms, and medical procedures. It is copyrighted from the World Health Organization and contains about 70,000 different codes doctors must choose from (compared to about 14,000 with the previous ICD-9 version).

And yet with so many disorders to choose from for a diagnosis, physicians were unable to find a proper one for a girl having multiple seizures a day.

In the case of the girl having seizures, it turns out gluten was the primary trigger of her seizures. There is no ICD-10 code for this when test results are negative as hers were, yet people can have extreme neurological reactions to gluten due to a gluten sensitivity or celiac disease.

In fact, research shows the tissue in the body most damaged by an immune reaction to gluten is neurological tissue. Dairy is another common and potent trigger.

However, if neurological damage does not show up on approved testing, doctors cannot make a diagnosis. This proves extremely unfortunate for many patients. For instance, about 90 percent of nerve sheaths have to be damaged before the autoimmune disease multiple sclerosis shows up on a brain scan.

In functional neurology we catch the people who fall through these cracks. We are seeing an explosion in disorders related to inflammation and autoimmunity thanks to the many environmental and dietary triggers so common today. Autoimmunity happens when an imbalanced immune system goes haywire and attacks and destroys tissue in the body.

Patients struggling to recover from brain injuries are told nothing can be done when, in fact, research shows nutritional therapy and brain rehabilitation strategies can help them recover their brain health.

People alarmed at perpetual brain fog, memory loss, and confusion are not too far gone to warrant intervention for advanced brain degeneration.

Patients often have a strong intuitive knowing when something isn’t right with their brain health, and there is often something that can be done to improve it, even if that something does not have an ICD-10 code. Although we depend on conventional medicine for the excellent care they provide in acute situations, you do not need to suffer through years of misery and ever declining performance until you become an acute case too.

Ask my office how functional neurology and functional medicine can help you regain back your health and your brain function.

Previous: Do you have a leaky brain? Perform this test to find out

Next: Could you be developing an autoimmune disease?