Could you be developing digital dementia? 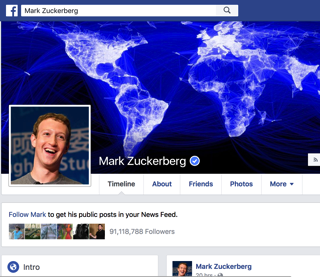 Are you addicted to social media? Do you rarely write with a pen anymore? Do you find it difficult to wait without checking your phone? If so, you may be at risk for developing digital dementia.

Researchers theorize that overuse of digital technology breaks down short term memory and cognitive abilities. In other words, by letting computers think for us, our brains degenerate more quickly from lack of “exercise” in memory and learning.

For instance, some research shows a connection between excessive video game playing and increased risk of behavioral disorders and dementia. This is said to be due to degeneration of the brain’s hippocampus, which increases risk of depression, PTSD, dementia, and mental illness.

A recent study found people who frequently check Facebook on their phones have less gray matter in the reward center of the brain, called the nucleus accumbens.

The nucleus accumbens is activated by things that feel rewarding: good food, sex, drugs, falling in love, and … Facebook. This area of the brain is driven by the neurotransmitter dopamine, our “pleasure and reward” brain chemical.

This area of the brain and dopamine also play a role in addiction. Some people can’t seem to get enough of the good things and overdo them, developing an addiction to constant dopamine stimulation, whether it’s from drugs or Facebook.

The study was not able to determine whether excessive Facebook use reduces gray matter in the nucleus accumbens, or whether those with reduced gray matter are more prone to being Facebook addicts.

Loss of handwriting linked to loss of brain function

The diminishing use of handwriting has also been linked with declining brain health and function.

Research shows college students who take notes by hand learn lecture material better than their classmates who type the notes into their computers. This is because the act of writing by hand requires more focus, discernment, and motor control. These functions enhance memory and sharpen brain function, while typing is more mindless. In fact, note taking via computer can actually impair learning.

The complexity of handwriting and the many areas of the brain it involves is evidenced by how long it takes children to learn to write. In fact, brain scans of children writing versus typing showed typing activates far fewer regions of the brain.

The internet is making us dumber

For all the wealth of knowledge it delivers, the internet is making us dumber, say researchers. It’s hard to sink into an article when you’re constantly interrupted by hyperlinks, ads, emails, and other distractions. Brain scans show internet use changes the wiring of the brain.

On the other hand, the “under stimulation” of a book actually improves comprehension, memory, and focus.

There is another way digital technology harms our brains — through the blue light computer, smart phone, and tablet screens emit. This blue light is interpreted as daylight by the brain and dampens the production of sleep hormones. Blue light at night thus leads to insomnia, a disordered sleep-wake cycle, and increased risk of obesity, diabetes, and other diseases.

These are just a few reminders why you need to remember to spend time doing things the old-fashioned way if you care about your brain health.

Previous: The best form of exercise for aging gracefully

Next: How your inner ear can influence your emotions