Effect of stress on female brain remarkably different than male 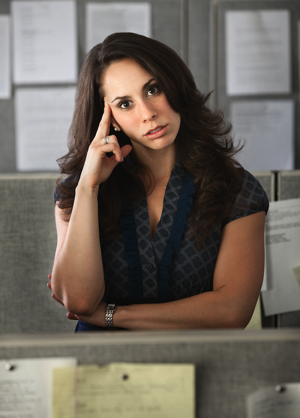 Researchers called the results of a study on stress “remarkable” because of how differently it affects the male and female brains. The results led them to call for an end to a “one-size-fits-all” approach to stress and mood disorders.

In the study, researchers put male and female mice through a stressful event (a forced swim). They then analyzed how stress affected genes in an area of the brain associated with stress response, memory, mood, and information processing.

They found that acute stress altered more than 6,500 genes in the female brain and less than 2,500 in the male brain, a dramatic difference.

In another almost 2,000 genes in both the female and male brains, stress had opposite effects on the two genders. Genes that stress activated in the female brain were suppressed in the male brain and vice versa.

Researchers also looked at variants in the BDNF gene. BDNF is brain derived neurotrophic factor, a protein critical for nerve health and the ability to create new pathways of communication, called plasticity. Plasticity is what allows us to learn new things or recover from a brain injury.

The researchers put mice with the BDNF variant through cognitive tests in order to measure the impact of stress. They found it impaired spatial memory in the female mice but not the males. Researchers believe this is due to the interaction of female sex hormones with the BDNF gene variant.

The study also showed that mice with the BDNF variant that were not put through a stress test showed the same gene expressions as normal mice under acute stress.

This is one explanation for why some people are more susceptible to mood and anxiety disorders.

The good news for the stressed female brain

Although these findings seem deeply unfair to both female mice and women, other studies point to some good news.

A mouse study showed that hanging out with others who are stressed alters brain cells to also become stressed in what is likely an evolutionary advantage (that has since run amok in our modern uber-stressed society).

However, the interesting take away from this study was that female mice were able to reverse more than half the effects of stress on the brain simply by hanging out with mice who were not stressed, thus scientifically validating the girls’ night out.

Sadly, the same did not hold true for the males.

These studies illustrate how different the female and male brains are. In recent years, we have learned that women have different signs, symptoms, and needs when it comes to brain injuries and brain disorders.

In functional neurology, we understand the role of female and male hormones on brain function, the unique challenges to brain health in men and women, and how to customize brain rehabilitation not only for gender, but also for unique individual need.

Ask my office how functional neurology can help you de-stress.