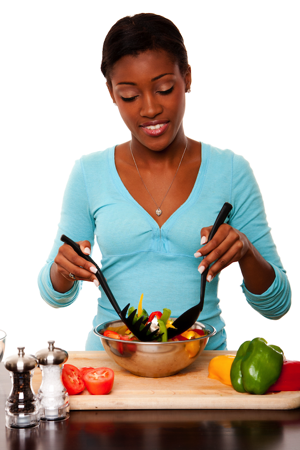 If there is one thing Americans love, it is a prescribed diet, and the internet abounds with rules for grams of protein, fats, and carbohydrates, genetic and body type diets, calorie counting, and so on. But a recent 12-month study found focusing on whole foods and ditching sugars and processed foods resulted in weight loss and improved health for the subjects.

The study, published in the Journal of the American Medical Association, showed it didn’t matter whether the diet was low-carb, low-fat, the genetic factors, or insulin response issues.

Here is what the subjects were told to eat:

Here is what all participants were told to avoid:

Participants were also encouraged to follow national guidelines for physical activity but generally did not change their exercise routines.

However, individually, some members of the study gained weight while some lost as much as 50 to 60 pounds. Those who lost the most weight were the ones who reported changing their relationship with food. They no longer snacked in the car or in front of the television and they cooked at home more often.

The researchers concluded it is time to shift the national focus from calories to nutrient-dense foods.

What this study means for functional medicine

In functional medicine, we always emphasize the importance of a whole foods diet and avoiding processed foods and sugars.

However, people managing complex health conditions may need to go beyond a basic whole foods diet as grains and dairy are inflammatory in many people.

Dairy and gluten are common triggers in people with autoimmunity and many feel better avoiding them. Many people also find they react to other grains, such as corn. The lectins in legumes pose a problem to some as well.

This study is great because it cuts through the clutter of complex dietary recommendations — and the industries built on them — and shows the value of getting back to the basics of human nutrition.

If you suffer from a chronic inflammatory condition or autoimmune disease, that is a great first step. However, if you continue to have problems, you may need to temporarily follow an autoimmune diet to identify dietary triggers of inflammation. Ask my office for more advice.

Next: Effect of stress on female brain remarkably different than male