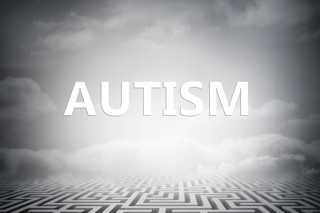 The exploding rates of autism, which forecasts a surge in adults with the disorder in the coming decade, has pushed the boundaries of autism research. Now, dramatic results from a 2019 study show a significant and lasting reduction in autism symptoms among children who underwent daily Fecal Microbiota Transplantation (FMT) for seven to eight weeks.

FMT involves transplanting gut bacteria from a healthy, carefully-screened donor to the colon of the recipient. It is successfully used to treat colitis and Clostridium difficile and is being investigated for other disorders, including obesity and autism spectrum disorders.

In other words, gut health profoundly impacts brain health. In the developing child’s brain, poor gut health can trigger imbalances in brain development and myriad symptoms, including symptoms of autism. In addition to brain-based symptoms, many children with autism also struggle with gastrointestinal symptoms and poor digestive function. Both parents and researchers note a correlation between gut symptoms and autism symptoms.

Past research has shown children improved after taking an antibiotic that killed off “bad” gut bacteria, however the improvements were temporary, even with concerted probiotic use.

Prior to beginning treatment, researchers found that the subjects with autism had poor gut bacteria diversity and were missing key beneficial bacterial strains, such as Bifidobacteria and Prevotella. Because of how profoundly gut bacteria impact the nervous and immune systems, researchers believe this affects how their brains develop.

Study subjects were first treated with an antibiotic, a bowel cleanse, and a stomach acid suppressant. Then they were given FMT daily for seven or eight weeks.

Follow-up stool analysis showed the FMT treatments substantially increased gut microbiome diversity and introduced beneficial strains of bacteria. At the two-year follow up, both these markers had gone on to improve.

The research team is now working on optimizing dose and duration for clinical use one day. They are also working on a trial using the therapy for adults with autism spectrum disorders.

Although we can, thankfully, influence our gut bacteria, we nevertheless come into life with gut microbiome “signatures” that start before birth, as maternal gut microbiome diversity is a factor. C-section delivery, reduced or lack of breastfeeding, antibiotic use in childhood, and diets high in junk foods and low in fiber all play a role in establishing unhealthy gut microbiomes.

The earlier you start your children on a vegetable-heavy diet the more readily they will eat these foods as toddlers and children.

The Hazda people of Tanzania, one of the last remaining hunter gatherer populations on the planet, eat 100 to 150 grams of plant fiber a day and exhibit one of the healthiest gut microbiomes on the planet; Americans have the worst.

Aim for about seven to 10 servings a day of produce. One serving is a half-cup of chopped produce, or one cup of leafy greens. Because sugary foods can be inflammatory, opt for veggies and fruits that are low in sugar and unlikely to destabilize your blood sugar.

Adults should eat at least three to four servings of produce per meal – that’s 1.5 to 2 cups of chopped veggies or 3 cups of leafy greens. Or break that up into five meals if you eat more frequently to stabilize low blood sugar. Children’s needs vary with age.

Work your way up gradually with fiber consumption if you’re not used to eating it — too much at once will overwhelm the digestive system and cause problems. Increase your daily fiber intake by 1 to 2 grams a day. Equally important is to avoid foods and chemicals that promote bad bacteria and kill good bacteria, such as junk foods, sugars, and the use of toxic cleaning chemicals.

Ask my office for more ways to support your gut microbiome.

Next: Black women harmed by toxins in hair relaxants