Fitness, not fatness, predicts how long you live 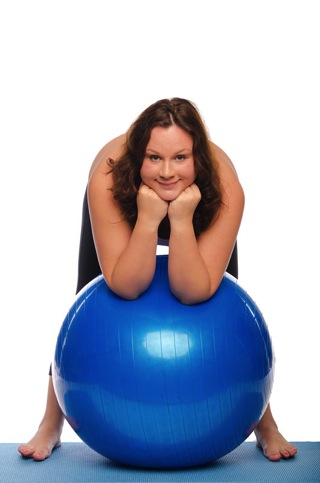 We’ve long been told if we want to be healthier and live longer we need to drop the pounds, but turns out being fit is the best predictor for longevity, even if you’re overweight.

A team of  researchers  examined a collection of studies that together looked at thousands of people for as long as 16 years.

They divided study subjects into three groups: normal weight, overweight, and obese. They then divided them into fit and unfit groups based on endurance tests, typically running on a treadmill.

Their analysis showed that the subjects’ performance in the endurance tests determined their mortality risk in the coming years, not their weight. In fact, the unfit people had twice the risk of dying as the fit people, regardless of their weight. Overweight and obese people who were fit had the same mortality risks as fit participants who were normal weight.

In a  nutshell   A thin unfit person is twice as likely to die as an obese fit person. This is great news to those who have struggled much of their lives, unsuccessfully, to lose weight. As long as they keep exercising, they can expect to live a longer, healthier life.

A big downside to the study was that the majority of subjects were men, so we can’t say for sure how the results apply to women. Also, it would be interesting to look at a study like this in relation to diabetes, cancer, high blood pressure, and other chronic health risks. The researchers only looked at length of life and not occurrence of disease.

Fortunately, enjoying these benefits of being fit does not require you to be a warrior at the gym or at Crossfit. In fact, in functional medicine we know that  over exercising  (which varies from person to person) is a great way to tax your health.

Most of the “fit” study participants were evaluated for an average of eight to 12 minutes on a treadmill. This falls in line with federal guidelines that suggest as little as two and a half hours of exercise a week, which can be done in increments as short as 10 minutes at a time, qualify you as fit.

Ways to meet those weekly goals can include parking far enough away from your destination that you have to walk 10 minutes to reach it, using a standing or stationary bike desk at work, and taking regular brisk walks.

Exercise is about much more than living longer

The promise of a longer life does not actually provide much motivation for many people, especially those who are younger. Instead, it’s important to look at other benefits of regular exercise.

Regular walking and other exercise have been shown to improve  brain  function, ward off  depression   and boost  self-esteem   and even  curb cravings and addiction.

Previous: FDA sued over gluten in medications; protect yourself

Next: Hashimoto's and autoimmunity linked to autism