How a high-sugar diet can gender bend your brain 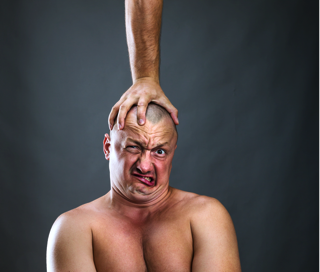 Have you noticed how as some people get older they take on the characteristics of the opposite sex — men develop breasts and cry at movies and women bald and grow facial hair? Or have you wondered why people who undergo hormone therapy to change genders think and behave in new ways? Male and female hormones have a profound influence on the structure and activity of the brain, which is highly malleable under the influence of hormonal changes.

Scientists began learning about the influence of sex hormones on brain structure when they studied brain scans of people undergoing hormone therapy to change genders.

The men receiving female hormones developed more female-like brains while the women receiving male hormones developed a more male brain and larger hypothalamus. In both, the volume of grey and white matter adjusted to that of the gender to which they were transitioning. It took only four months of heavy hormone therapy for the subjects’ brains to take on the shape and structure of the opposite sex.

Additionally, a 2018 study of people with gender dysphoria — meaning they identify as the gender opposite of the one assigned at birth — had similar findings. Even without hormone therapy, their brain structure and activity more closely resembled that of the opposite sex, even though their bodies didn’t. Researchers found these differences are detectable in early childhood.

So what does this have to do with people in middle age taking on some characteristics of the opposite gender?

In functional neurology and functional medicine, we understand the various physiological and neurological consequences of diet and lifestyle on hormone and brain function.

The most ubiquitous and profound is the effect of blood sugar instability. We can blame an American

diet high in sugars and processed carbohydrates coupled with a sedentary, stressful lifestyle for throwing hormones out of balance.

A high-sugar, high-carbohydrate diet and sedentary lifestyle creates a disorder called insulin resistance, also known as pre-diabetes. Insulin resistance drives the reproductive hormones in both sexes to begin to mimic that of the opposite gender.

Insulin resistance in women leads to testosterone dominance, causing balding on the head while too much hair grows in on the face. A woman’s voice may become much deeper too. Younger women may also develop polycystic ovary syndrome (PCOS) and infertility.

Meanwhile, insulin resistance in men causes estrogen dominance. It activates an enzyme that converts testosterone to estrogen, which is especially unfortunate in men who try to correct the disorder by taking testosterone hormones.

These men grow breasts and hips, they cry at movies and commercials, and their skin softens. They may also suffer from erectile dysfunction.

Both men and women suffering from the gender-bending characteristics of insulin resistance can be expected to experience the same changes in brain structure and activity, hence taking on the behaviors of the opposite sex.

It also promotes systemic inflammation throughout the body that raises the risk of diabetes, obesity, heart attack, stroke, autoimmune disease, and other diseases of chronic inflammation. The good news is this hormonal-neurological-inflammatory cascade can be unwound through a diet that lowers carbohydrate consumption and raises exercise levels.

Ask my office how we can help you restore your brain and hormone function through functional neurology and functional medicine.

Next: Optimizing your body’s best defense against toxins