How a “leaky brain” raises your risk of dementia 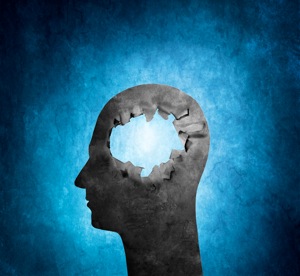 It has been a hundred years since a Nobel Prize winner discovered the thin barrier that surrounds and protects brain. Since then, we’ve learned this mesh of tightly joined cells, called the blood-brain barrier, is highly selective in a healthy person. It allows the transport of compounds back and forth through an intricate transport system while keeping out most everything else in the blood stream that can damage the brain. This includes heavy metals, toxic proteins, pathogens, and red and white blood cells.

Now, scientists have discovered that brain degeneration weakens the blood-brain barrier and causes it to “spring leaks.” This is especially true in the hippocampus, the area of the brain associated with learning and memory. This discovery adds to the growing evidence that diseases of aging such as dementia and Alzheimer’s are sometimes linked to what functional medicine practitioners call a “leaky brain.”

Researchers studying the brains of people with Alzheimer’s disease have found significant amounts of compounds in the brain that a healthy blood-brain barrier should have kept out.

Since not every aging person develops cognitive impairment, scientists theorize that the leaks are more extensive in some people than others. They also believe that some other phenomena, such as inflammation or pathogens, may be involved.

Even brain conditions such as depression, anxiety, brain fog, and various neurologic symptoms are linked to body-wide inflammation, which often starts in the gut.

A “leaky gut” allows bacteria and toxic molecules to pass through an overly permeable gut lining into the bloodstream. This causes inflammation throughout the body, and a leaky brain is often one unfortunate consequence.

Other inflammation triggers that contribute to a leaky brain are gluten sensitivity and similar food intolerances, out-of-control blood sugar, and too little thyroid hormone. Injury directly to the brain itself, such as in concussion, can also spark inflammation that damages the blood-brain barrier.

You can protect your brain in part through various functional medicine strategies. This includes supporting the metabolic health of the brain by managing blood sugar, supporting gut health, addressing infections and toxicity, and following an anti-inflammatory diet. Nutritional compounds that support repair of leaky gut also help repair leaky brain, as do compounds targeted at quenching brain inflammation.

Ask my office about whether leaky gut and leaky brain may be playing a role in your brain-based symptoms.

Previous: Is stress making you sick? Use an adrenal stress test

Next: Recovering from sugar and alcohol hangovers