Lack of sleep can make you fat 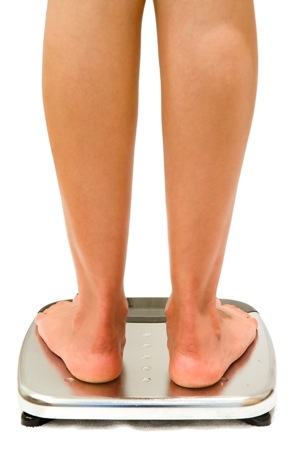 Finding it hard to lose weight? Although many factors can hinder weight loss, one of the sneakier is sleep deprivation. Research shows people who regularly sleep five hours or less a night can gain as much as two pounds in a week. One study showed women who slept five or fewer hours were more likely to gain about  30 pounds  over time compared to women who slept at least seven hours per night. Poor sleepers are also more prone to obesity-related diseases such as Type 2 diabetes.

Lack of sleep increases cravings so people snack more frequently, particularly at nightâ€”eating on average an extra  300 calories  a day. The sleep-deprived also tend to eat a small breakfast and choose high-carbohydrate snacks, undoubtedly for that quick energy fix, both of which lead to blood sugar imbalances and weight gain.

As one would expect, study subjects who sleep seven or more hours per night also exercise more, and thus burn more calories, while sleep deprivation prevents you from burning calories efficiently. One  study  of men showed sleep-deprivation reduced general energy expenditure by 5 percent, and reduced energy expenditure after meals by 20 percent. In other words, being tired slows your body's metabolism down.

One of the more profound ways lack of sleep promotes weight gain is by influencing the hormones that control hunger and satiety. For instance, chronic sleep deprivation raises levels of the stress hormone cortisol. Cortisol tells the body it needs more energy to meet the demands of stress, which causes an increase of hunger and cravings.

Lack of sleep also increases grehlin, a hormone that promotes hunger and fat storage. In fact, one  study  showed that although dieters could lose weight while sleep deprived, they lost about a third of the weight compared to the healthy sleepers. Researchers believe this is due to grehlin's fat storing actions.

Sleep deprivation also decreases leptin, the satiety hormone that tells you when you've had enough to eat. So in a double whammy, lack of sleep both increases hunger and inhibits the ability to feel full. The result is a natural inclination to eat more, and more frequently. Adding insult to injury is that the body burns most of its calories during REM, the deeply restful stage of sleep when you dream. Unfortunately, weight gain due to sleep deprivation doesn't only happen slowly over time.  Research  shows just a few nights of sleep deprivation can pack on pounds.

Sleep deprivation makes fat cells less sensitive to insulin, the hormone that ushers glucose into cells so they can produce energy. In effect, it makes a person more insulin resistant, which is a stepping-stone to obesity and diabetes. After depriving subjects in their twenties of sleep,  researchers  said their fat cells behaved like those of someone 20 years older.

Sleep deprivation promotes weight gain in people of all ages, including  children. Although sleeping more may not necessarily cause you to lose unwanted pounds, getting adequate sleep is a vital component to any weight loss program.

Ask my office how we can help you promote better sleep to aid you on your weight loss journey.

Previous: Include cultured veggies on a leaky gut diet

Next: Manage childhood obesity without dieting