Loss of memory does not have to be part of aging 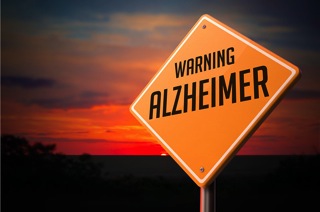 Do you always lose your keys, forget where the car is parked, or find words stick on the tip of your tongue? We associate these behaviors with aging, but losing your memory and brain function isn't necessarily "normal" aging. Instead, it's a sign of accelerated brain degeneration, or a brain that is atrophying too fast.

The brain has different regions, and each region is in charge of certain functions, including balance, mood, memory, and problem solving. When a part of the brain starts to lose function, it shows up as symptoms related to those areas, such as poor coordination, depression, a worsening ability to do math, memory loss, or poor balance.

The temporal lobes are two areas of the brain located at either side of your head, above the ears. They are in charge of your hearing, memory, speech, emotional responses and sense of smell.

Within each of the temporal lobes is a region called the hippocampus, related to sense of direction, learning and memory, spatial orientation, and the sleep-wake cycle. Degeneration of the hippocampus can lead to issues in any or these areas, such as poor memory ("Where's my car?"), being bad with directions, insomnia, and, eventually, Alzheimer's.

The brain is comprised of cells called neurons, which communicate with each other to manage all the body's processes. When these cells die, it's called neurodegeneration. Once neurons die, there's no getting them back. However, the brain can compensate by forming new branches between existing neurons to aid in communication. That's called neuroplasticity.

You can't cure bring back or regrow dead neurons, which is why it's so important to preserve brain health before it's too late. Thankfully, it is possible to slow down the neurodegenerative process and improve brain function by protecting brain health and supporting plasticity between existing neurons. The earlier you catch brain degeneration, the more likely you are to make a difference.

Having a hard time with directions and losing your keys now can progress to dementia years later if you let accelerated brain degeneration progress unchecked.

Things to ask yourself about memory loss

Any one of these things can happen on occasion, but if they're happening on a regular basis, it's wise to investigate your brain health and how to preserve and enhance it. These can include measures to improve circulation, reduce inflammation, and improve gut health (brain health is profoundly affected by gut health).

Also, exercise your brain! Like muscles, the brain will atrophy without use. Best brain exercise for you? Whatever you find difficult. If you're not good at math, do math puzzles. If you fail at art, take a painting or sculpting class. Poor balance? Do balance exercises.

Brain exercises, lifestyle habits, and dietary measures that encourage healthy brain function, will support neuroplasticity and help you maintain a functional brain into your old age.

Next: Taking fish oil in teens can help prevent schizophrenia