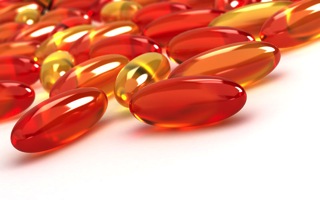 Forget low-fat diets, especially in teens at risk for mental illness â€” healthy fats are vital for good brain health. They’re so important that fish oil has been shown to prevent schizophrenia in young people who show early signs of the disease, such as minor delusions or paranoid thoughts.

Schizophrenia is usually diagnosed in the late teens or early 20s when the brain is nearing the end of its development. However, a recent  study  showed that teens at risk for schizophrenia who took fish oil were less likely to develop the disease compared to those who didn’t.

Research has also shown that people with schizophrenia have lower blood levels of fatty acids the brain needs, suggesting their brains are deficient in these essential fats. Giving fish oils to adults diagnosed with schizophrenia has not produced good results â€” it appears the key is to give fish oil to youth before it’s too late, thus changing the trajectory of the disease.

Fish oils and other healthy fats, such as oils from olives, nuts, seeds, and avocados, have been shown to dampen inflammation in the brain, protect neurons, and enhance neuronal function and communication. Fish oils are high in the  omega 3 fatty acids  EPA, which dampen inflammation, and DHA, which supports brain health and function.

The brain is made up of primarily fat, especially the cell membranes, which are vital for communication within the brain, so the fats you eat determine how well your brain performs. It’s best to go for  healthy fats  and avoid  trans fats, or hydrogenated oils, as they have been shown to sabotage brain health and function.

The study followed 81 young people between the ages of 13 and 25 who showed early signs of schizophrenia. About half were given fish oil supplements to take daily while the other half were given a placebo.

A year later, the group given fish oil were less likely to develop psychosis.

Researchers say the results are striking but the trial needs to be done again with a larger group of people.

Gluten: Another factor in schizophrenia

Shoring up brain health with fish oils and other essential fatty acids isn’t the only tool in the prevention toolbox. A gluten- and dairy-free diet may also help.

Gluten, the protein found in wheat, has been found to play a role in many cases of schizophrenia.

Quite a bit of  research  has found a higher rate of a sensitivity to gluten among schizophrenics than in the general population. Casein, the protein in dairy, has also been linked with schizophrenia.

In fact, some research has shown symptoms in early-onset schizophrenia improved on a gluten- and dairy-free diet. Adding gluten back to the diets of patients who improved significantly worsened symptoms.

One interesting  study  from the 1960s even shows that hospital admissions for schizophrenia declined across Europe and the United States after the rationing of wheat during World War II.

Schizophrenia is a complicated disease with no easy answers. However, preventive measures before it’s too late may produce significant results in some people.

Previous: Loss of memory does not have to be part of aging

Next: Common household chemicals are toxic to your health