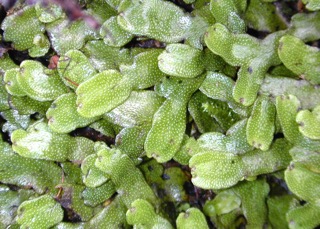 Medicinal use of cannabis is a subject of debate in the US and around the world, however, discovery of the endocannabinoid system has been an important finding thanks to cannabis research. But not everyone who may benefit from the medicinal properties of cannabis wants to use the plant or can access it legally.

Turns out we have options. While it was previously thought that Cannabis sativa was the only plant to produce the medicinal cannabinoid compounds, a family of plants found in Japan, New Zealand, and Costa Rica has been found to offer similar benefits without the psychoactive effects of cannabis.

Cannabinoids are signaling chemicals produced naturally in our bodies. These molecules interact with the cannabinoid receptors found in the brain, immune system, connective tissues, and organs, playing a role in inflammation, pain, mood, appetite, memory, and more.

Tetrahydrocannabinol (THC) and cannabidiol (CBD) are two of the most abundant and well-known cannabinoids. While THC is known for its anti-inflammatory and psychoactive properties, more and more patients are asking for CBD because it has less of a psychoactive effect while combating inflammation.

Cannabis-based cannabinoids are used for a wide range of therapeutic applications, including:

Some states have legalized medical cannabis and even taken steps to legalize recreational use. At the same time, many patients are advocating for increased research due to its potential health benefits and smaller list of side effects compared to pharmaceutical options.

In 1994, Japanese phytochemist Yoshinori Asakawa discovered perrottetinene (PET), a compound found in liverwort, but at the time nothing was known about its pharmacological effects.

Then Jürg Gertsch, a Swiss researcher, noticed the rare moss-like liverwort plant was being promoted online for its “legal high” and medicinal uses.

Gertsch and his team developed a new synthesis method to produce large amounts of PET without having to isolate it from the actual plant.

Using mouse and cell models the team found that PET has a molecular structure similar to THC, enabling it to easily attach to the brain’s cannabinoid receptors.

While PET reaches the brain relatively easily it activates cannabinoid receptors to a lesser degree than THC. As a result, PET is much less psychoactive than THC, making it more attractive for medicinal users or for those with moral objections to cannabis.

In another contrast to THC, PET more strongly inhibits prostaglandins in the brain, thus lowering inflammation in the brain.

“In a direct comparison I think PET is the better version of THC,” Gertsch concluded.

According to Ethan Russo M.D., a neurologist and cannabis researcher, this makes PET potentially useful medically because it provides effective anti-inflammatory and painkiller effects without the risk of intoxication, liver ulcers, heart attack, and stroke from NSAIDs and other pharmaceutical interventions.

Russo also noted that this new research should promote additional biochemical research into other liverwort species.

So far PET has only been studied on mice brains and further research is necessary for chronic and inflammatory pain.

It was previously believed that Cannabis Sativa was the only plant to produce cannabinoids. We now know three species of liverwort — Radula perrottetii, Radula marginata, and Radula laxiramea — produce the compound, although only in tiny quantities.

The potential of the liverwort family isn’t a total surprise. The Maori people of New Zealand have used the liverwort plant for centuries to treat disorders of the liver and digestive system, and it has long been used in traditional western herbal medicine.

Functional neurology and functional medicine offer effective alternatives to the opiates that have turned into an addiction crisis. In functional neurology we often see chronic pain stem from dysfunctions in the brain, negative feedback loops, and negative plasticity — or a brain that has become highly efficient at producing pain so it happens too easily.

Ask our office how functional neurology and functional medicine can help you relieve your chronic pain.

Previous: The cerebellum’s role is greater than we knew

Next: Navigating the holidays when you have Hashimoto’s