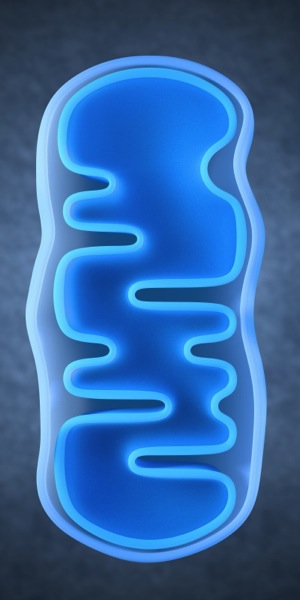 By now you've probably heard of CoQ10 and it's anti-aging potential. The newest discovery in the anti-aging world is PQQ (pyrroloquinoline quinone). PQQ works inside your cells like CoQ10 by defending them from damage. But what sets PQQ apart is that it can also energize your cells so they function better. This is done by PQQ’s ability to  enhance mitochondrial function.

Mitochondria are tiny compartments inside the body's cells that are often referred to as the cell's batteries or energy factories. Just as low battery power can cause the lights on a flashlight to slowly dim, so can poor mitochondrial function drain us of energy and function.

Poor mitochondrial function is a key marker of aging. Research shows people over the age of 70 have 50 percent more  mitochondrial damage  in the brain than those who are middle-aged. Mitochondrial dysfunction is also linked to chronic disease, such as type 2 diabetes, heart disease, and dementia and Alzheimer's.

PQQ is found in the natural world, including in plants and even in stardust. However, because we cannot synthesize it ourselves we depend on getting it from out diets, which makes it an essential micronutrient. Studies show that  animals  deprived of PQQ exhibit stunted growth, poor immunity, reproductive problems, and fewer mitochondria in their tissues. Putting PQQ back into their diets reversed these issues.

PQQ is also unique because it is a very stable antioxidant, which means it can perform it's cellular defense duties without breaking down. It has been shown to be especially effective in the heart and the brain, the body's two most energy-demanding organs.

PQQ and the brain

Studies of PQQ have shown it can optimize the health of the entire central nervous system, reverse cognitive impairment, improve memory, help in stroke recovery, slow the damage caused by  neurodegenerative disease   and help protect the brain from toxicity, such as from mercury.

Because of its many protective roles, researchers and clinicians are looking at PQQ's preventive role in Alzheimer's and Parkinson's. One study on aging rats showed supplementation with PQQ resulted in significantly improved memory. Studies on humans showed supplementation of 20 mg a day of PQQ improved cognition in middle-aged and elderly people. The improvements were amplified when they also took 300 mg a day of CoQ10 in addition to the PQQ.

PQQ and the heart

PQQ appears to help protect the heart after a heart attack and from oxidative stress in general, thanks to its ability to support mitochondrial function.

To learn more about PQQ and how it may help you, contact my office.

Previous: Did stress push you off the healthy habits wagon? How to get back on track

Next: BPAs in store receipts can trigger autoimmunity and other health issues