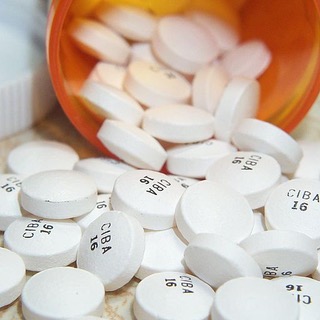 New research shows the use of methylphenidate, also known as Ritalin, prior to the maturation of the brain around age 23 can lead to long-term changes in how the brain functions.

Methylphenidate appears to cause permanent alterations in how GABA, the neurotransmitter responsible for calming the brain, functions in the medial prefrontal cortex. This area of the brain plays a role in memory, decision making, socialization, and behavior.

The study did not find the same changes in patients who used methylphenidate after age 23 and whose brains were no longer developing.

As ADHD rates soar, so do drug prescriptions

Symptoms of ADHD include inattention, impulsivity, and over activity to a degree that interferes with learning and relationships.

Rates of ADHD, or attention deficit hyperactivity disorder, have been soaring in recent years in the United States. ADHD diagnoses increased by 43 percent between 2003 and 2011.

About 11 percent of American children have been diagnosed with ADHD. As rates go up, so do prescriptions for methylphenidate — about eight out of 10 doctor visits for ADHD result in a prescriptionfor Ritalin or similar drug (Adderall, Focalin).

Although most doctors’ visits only last about 10 minutes and concerns about over diagnosing and over prescribing are legitimate, it’s also true rates of childhood brain disorders in general have been exploding during the last decade.

In functional neurology and functional medicine, we see ADHD as something more complex than a need for a drug prescription. Studies show the brain disorder is linked to a variety of possible causes.

For instance, environmental toxins, viral or bacterial infection, and autoimmune attacks (when the immune system attacks and destroys tissue) in the brain that began in utero or in infancy have been linked to ADHD and other childhood brain development disorders.

This explains why children typically have various brain-based symptoms in addition to ADHD, such as tics, anxiety, obsessive-compulsive tendencies, sleep disorders, and so on. Although drugs such as methylphenidate may offer relief, they do not address the underlying cause of ADHD.

We use exams and patient history to assess areas of the brain that are under and over developed, and areas that are over stimulated or under stimulated.

From there, we then create custom exercises to rehabilitate the brain and adjust them over time as function improves.

Ask my office how functional neurology can help if your child with ADHD.

Next: Could you be developing an autoimmune disease?