Watch out for vitamin B12 deficiency with Hashimoto’s hypothyroidism 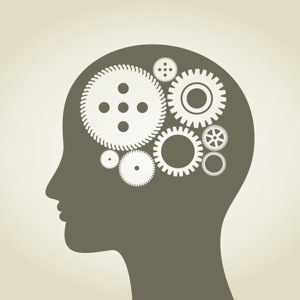 Vitamin B12 deficiency is more common than people realize and can mimic or cause other disorders. A B12 deficiency is linked with memory loss, anemia, cardiovascular disease, and autism, to name a few. B12 is necessary for the brain and nervous system to function and for other aspects of health. It's believed B12 deficiency is due in most cases not to lack of dietary sources but to poor absorption of the vitamin in the digestive tract.

Could your declining brain function be a B12 deficiency?

Because B12 is so vital for brain function, a B12 deficiency can manifest as numbness and tingling in the hands and feet, shakiness, depression, and loss of memory and cognition that can mimic the beginnings of dementia. It's especially important to pay attention to a possible B12 deficiency in older people as the ability to absorb the vitamin declines with age. Studies show older people with higher B12 levels show less brain shrinkage and cognitive decline than their B12 deficient counterparts.

As low thyroid function from Hashimoto’s hypothyroidism can also affect brain function, it’s important to rule out or address a B12 deficiency so as not to compound the problem.

People with Hashimoto’s hypothyroidism should screen for B12 anemia

Other common manifestations of B12 deficiency are symptoms of anemia, which include fatigue, lethargy and weakness. Many people with B12 anemia discover they have an autoimmune disease called pernicious anemia, which inhibits the absorption of B12. In this case managing the autoimmune disease is important as well as supplementing with B12 sublingually or through injection.

A deficiency in B12 is also linked to an increased risk of cardiovascular disease, autism, autoimmune disease, infertility, and more.

B12 deficiency often due to poor absorption

So what causes B12 deficiency? For many people it's due not to diet but rather to poor absorption of nutrients.

Many people today have damaged guts due to diets high in inflammatory foods, chronic stress, and food intolerances, such as to gluten. It's difficult for nutrients such as B12 to pass through an inflamed and damaged gut lining into the bloodstream.

It’s common for people with Hashimoto’s hypothyroidism and other autoimmune diseases to have inflammation and damage in the intestinal tract, which prevents absorption of important nutrients such as B12.

Other factors that can lead to a B12 deficiency include a decline in stomach acid (common in elderly), the use of antacids and acid-blocking drugs, the use of metformin and other prescription drugs, alcoholism, and weight-loss surgery.

Repairing and restoring gut health should always be addressed in the event of a B12 deficiency.

Vegans and vegetarians at risk for B12 deficiency

One group at risk for dietary deficiency of B12 are vegans and vegetariansâ€”B12 is only found in animal foods. Natural plant sources of B12 such as spirulina, algae, seaweed, or grasses are poorly absorbed and may give a false reading of normal B12 on a lab result. This population especially should supplement with B12.

Also, although gut bacteria can synthesize B12, this requires healthy gut function and flora, and most of it is synthesized downstream of the small intestine where B12 is absorbed.

Because Hashimoto’s hypothyroidism frequently includes inflammation, gut damage, and the risk of pernicious anemia, a vegan or vegetarian diet may further compromise B12 sufficiency.

Taking B12 for Hashimoto’s hypothyroidism

Recommended doses of B12 vary depending on whether you have a deficiency, and you should work with a qualified health care practitioner to determine the best dose. However, there is a low risk of B12 toxicity.

The more bioavailable form of B12 supplementation is methyl B12, or methylcobalamin, as opposed to the more common, synthetic cyanocobalamin. Not only is methyl B12 more neurologically active, it also enhances a liver detoxification process called methylation, which can reduce inflammation.

Tagged as: anemia, B12, Hashimoto’s, hypothyroidism

Previous: Are you alkaline enough? How to reduce acidity for better thyroid health

Next: Do you have Hashimoto’s hypothyroidism, wake up at 3 a.m. and can’t fall back asleep?