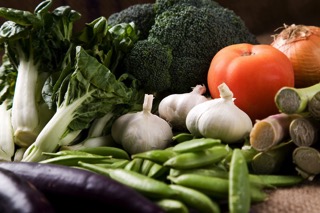 With rates of dementia rising dramatically, you’re not alone in wondering how to avoid becoming another casualty. Although lowering the risk of dementia depends on dietary and lifestyle changes, one little known approach involves cultivating your garden. Not the garden in your yard, but the one in your gut.

The foods you eat influence the bacteria in your gut. Our intestines host about three to four pounds of vitally necessary bacteria. Gut bacteria number in the trillions, with hundreds of varieties discovered so far.

A more recent discovery is that these bacteria can travel to the brain via the vagus nerve, a large nerve that connects the brain with the gut. Communication travels back and forth between the brain and the vagus nerve in what is called the gut-brain axis. This means what you eat and the state of your digestive health profoundly affects your brain health.

The study found that a deficiency in gut bacteria can set the stage for inflammation in the brain, thus aging the brain more rapidly and increasing the risk of dementia.

This isn’t the first study to show the profound influence of gut bacteria on the brain. Researchers have found links between gut bacteria and depression, anxiety, mood disorders, memory, cognition, and more.

So it’s no surprise dementia is on the rise when you consider the modern diet, which seems designed to destroy good bacteria while populating the gut with harmful, inflammatory bacteria instead.

In fact, researchers have found the modern gut is home to a mass extinction of many varieties of necessary gut bacteria that have been around as long as humans. Diets high in processed foods, meats, and sugars but pitifully low in plant fiber have killed off a rich diversity of gut bacteria on which our health depends. The result? Inflammation and chronic diseases such as dementia.

You can boost your beneficial gut bacteria by taking probiotics and eating fermented foods, such as sauerkraut. But it’s even more important to feed those bacteria with a diet that is primarily plant-based. Eat mostly vegetables, and switch up the vegetables you eat on a regular basis as your friendly bacteria depend on dietary diversity to thrive.

Also, avoid foods that have been shown to increase brain inflammation and raise the risk of dementia: Sugar, processed carbohydrates, excess salt, excess alcohol, and foods to which you have an immune reaction. Gluten and dairy are two common triggers of inflammation and can be particularly destructive to the brain in those who react to them.

Previous: Gluten sensitivity can raise your risk of gallbladder surgery

Next: What is functional medicine? Look for the root cause